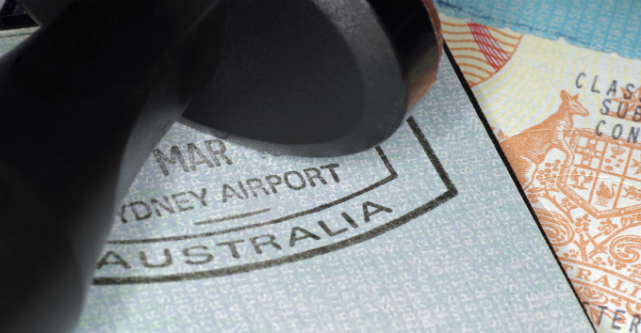 Australians are used to hearing our nation is lagging in STEM education, STEM jobs, and startup creation – and that we desperately need to catch-up.

To that end, the StartupAUS Crossroads Report envisions the addition of 540,000 technology jobs to Australia’s economy by 2033 – a near doubling of today’s roughly 600,000 ICT jobs. Is this possible?

Imagine we could send an SMS to all 29 million members of the global ICT workforce asking: “Would you like to move to Australia to work in a global ICT-enabled company? Australia will welcome you.”

When you think about it like this, adding half a million new tech jobs seems reasonable. We have a strong competitive advantage for growing our market share of global STEM skills: Australia is a ‘quality-of-life superpower’.

In fact, we should be more ambitious – let’s do it sooner and aim for more.

Talented people want to move here but Australia needs to encourage them and make it easier. I am a quality-of-life migrant myself and I have a lot of empathy for the recently deported Disrupt founder because I, too, had major visa challenges which required me to leave the country.

In contrast to the Australian approach, both the US and UK embraced and offered to import the entire Disrupt team – they clearly understand that STEM immigrants and entrepreneurs are a valuable import given the world’s rapid evolution towards a digital economy.

Australia too should urgently embrace STEM immigration – it will create jobs and export revenue. STEM immigrants shouldn’t be viewed as competition for local jobs but rather as an asset for local job creation.

Australian policy makers and citizens take note: STEM immigration is not a zero-sum game and was a critical enabling factor for Silicon Valley to grow quickly and become the unrivalled global innovation hub in the 90’s. I saw this first-hand at ONI Systems, my first VC investment and third startup job.

ONI was a moonshot that went from its series A investment to a $5 billion valuation in under four years. The majority of our engineers were immigrants, with the largest numbers from India and China.

ONI’s international recruitment and visa sponsorship capabilities were key success factors. Photonics engineers were especially rare, so we directly targeted Canada’s Nortel teams with the message: ‘Escape the freezing cold, and come to sunny California. You’ll have to work long hours, but we’ll give you stock options and aim to make you a millionaire.’

They came in droves and ONI delivered for them. Nortel, at one point the highest-valued company on the TSX (Canada’s stock exchange) was mortally wounded and eventually filed for bankruptcy protection.

The immigrants I worked with became US citizens. Many are now wealthy, still in Silicon Valley, and leading today’s startups or tech giants.

It has an enviable lifestyle, along with great public education and public healthcare. If they get the call from Australia STEM immigrants will come in droves.

Global online businesses, which are location-agnostic thanks to cloud-based platforms, are an ideal category. Aconex, Freelancer, RedBubble, and Wisetech Global are recent exemplars. These Australian head-quartered, global innovators are all high-growth, high-value exporters whilst having the majority of their employees in Australia.

They demonstrate why neither technology immigration nor R&D tax incentives should be seen as a zero-sum game for Australia. Export revenue is roughly 90% of Redbubble and Freelancer’s total and greater than 50% for the others.

StartupAUS’s 2015 Crossroads report has eight action items in its near term policy action plan, four of which are focused on immigration.

As part of its National Innovation and Science Agenda (NISA), announced in December last year, the Federal Government proposed a series of measures on immigration, including adopting StartupAUS’s recommendation to introduce an ‘entrepreneur visa’.

The visa is currently being developed, in consultation with industry, and is planned to come into effect by November. This, along with broader visa reform, could help Australia become an international talent magnet.

But to get it right Australian immigration authorities will need to rethink their basic approach: they see themselves as border guards, keeping people out wherever possible; rather, they should act like global talent scouts.

Australian workers also should welcome STEM immigrants with open arms – our country needs them even whilst we invest heavily in advancing local skills. Making it a national priority to homegrow STEM skills is also a cornerstone of StartupAUS’s recommendations and this government’s plans.

But the world is changing quickly and technology shifts don’t wait. Australia will fall hopelessly behind if it relies on homegrown skills alone.

Australia has a great global brand – we can use it to grow our innovation workforce as much as we choose.

Let’s not choose to end up like Nortel: let’s choose to compete with the US, the UK and other nations for STEM migrants and become the next global innovation hub.