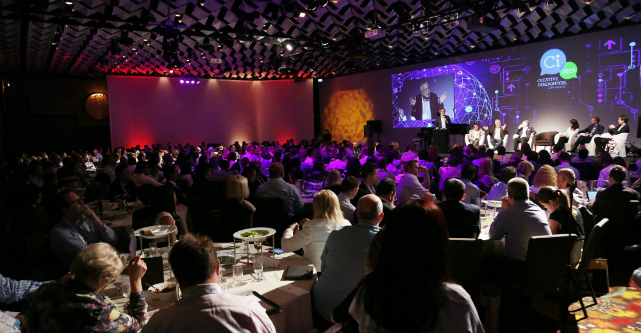 The annual Creative Innovation Asia Pacific in Melbourne has revealed its full program, featuring more than 40 high-profile names in innovation and disruptive technologies.

The conference, a two-time “Corporate Event of the Year” winner, will see Australian and international entrepreneurs and technologists discuss strategies to not only adapt to the exponential changes occurring in a fast-moving tech world but always ways to drive part of this change and unlock creative potential internally, Ci2016 executive producer Tania de Jong says.

“It’s really going to give enormous insights on the changes that are happening in our world and organisations,” de Jong tells StartupSmart.

“We’ve managed to assemble a wonderful network of people that know how important it is to cultivate the right culture of innovation,” de Jong says.

With innovation now high on the agenda in the private and public sectors, she says speakers at the conference in November will come together to discuss disruption, innovation and the emergence of future technologies.

De Jong says an estimated 50% of current jobs will be replaced with robotics and artificial intelligence in future, leading to several important questions.

“How are we as a community and society going to deal with more people not being at work?” she says.

“How can we retrain people to have the capability required for this new machine-age?”

She says the Ci2016 speakers will highlight some of the risks, opportunities and trends occurring today to help Australian businesses learn new strategies and processes to maximise their potential in a more sustainable and innovative world.

“What are the workplaces of the future going to look like? What are the attributes that leaders need to lead in this environment?” de Jong says.

She says that many in Australia’s business sector still have their heads in the sand about innovation and disruption.

“They’re just doing business as usual without realising that business is not going to be as usual very soon,” de Jong says.

After seeing firsthand the “exponential technologies” being developed overseas, de Jong says Australia needs to be planning now on what it’s going to need, the type of leadership it takes and the culture to respond effectively to changes that will be delivered in the next five to ten years.

De Jong says she hopes Ci2016 will help inspire and empower people across various industries with tools to start planning for these disruptive changes.

In previous years, some conference guests have been able to develop entire innovation frameworks from the insights gained at the conference, she says.

“We expect [the guest speakers] to explain what’s happening and to provide take-outs on what people can do to make the most of these technologies and what those technologies are going to mean for our future,” de Jong says.