The race is on: Can Australia achieve gender equality in a decade? 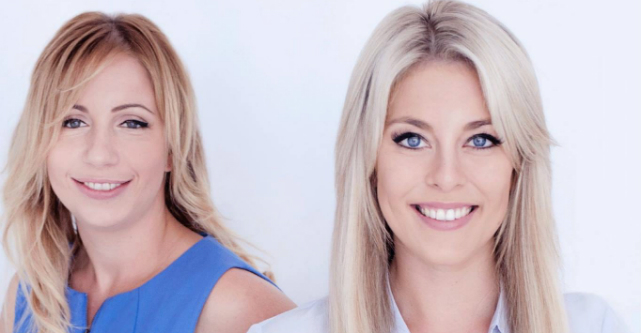 The race is on for gender equality in Australia with startups, corporates and government ministers leaping in to turn around the stats within a decade.

This year, Australia fell ten spots in the World Economic Forum’s Gender Gap Index to number 46 out of 144 ranked countries.

But entrepreneurs like Diverse City Careers co-founders Gemma Lloyd and Valeria Ignatieva have refused to sit back and watch this decline.

To accelerate their impact in backing, promoting and empowering women to become leaders in business and entrepreneurship, DCC is actively partnering with startups like Tech Girls Movement, that align with this mission.

Its latest partnership is with Femeconomy.

“Female participation in the workforce is one of the key indicators of gender equality used by the World Economic Forum,” Lloyd says.

“DCC has tremendous success in the market, helping companies diversify their workplaces and assisting women to progress their careers while balancing personal and family commitments.

Femeconomy founders Jade Collins and Alanna Bastin-Byrne jumped off their own corporate ladders to create a platform that connects consumers around the world with a wide range of products, services and businesses led by women.

“We have researched 2000 consumer brands across a range of categories to identify which of those meet our criteria of either 30% women on the board of directors or 50% female ownership,” Collins told StartupSmart.

Read more: Ebay with a twist – How this startup is working to change the stats on gender equality.

Hiring for capability not industry experience

Melbourne-based mining giant BHP Billiton recently announced it will hire for capability instead of specific industry experience to help it reach a workforce with a 50:50 ratio of women to men by 2025.

According to Financial Review, BHP Billiton will need to lift its female workforce from 17.5% to 50%.

To go from under 5000 women to 14,000, the corporation will need to recruit, train and promote more women than men each year for the next decade.

“We know we are up against it, but if we don’t make a bold declaration we will consign ourselves to incremental gains that are not much better than the status quo,” BHP executive Mike Henry told Financial Review.

Henry says that by changing the way they advertise for roles, they will prevent candidates from opting themselves out due to lack of experience.

“They started chasing after people on LinkedIn.

“They looked at the various technical forums outside of the mining space to bring people in. Not only is that giving us the benefit of the gender balance and the diverse thinking that comes with that, we got the added benefit of bringing people from a lot wider range of disciplines who are going to make us an even stronger team.”

Earlier this year, the Victorian government embarked on an action-driven strategy to achieve gender equality by consulting members of the public including startups, entrepreneurs and leaders in science, technology, engineering and maths to help it develop real initiatives for change.

The consultation attended by StartupSmart revealed that social attitudes about gender norms and ‘appropriate’ jobs for women and girls will be the most difficult to change.

“Talking about this and the importance of this has not been enough. By having a strategy that incorporates measurable targets and timeframes we can ensure that over time we are actually making a difference.”

She notes the Victorian government itself has set 50:50 gender targets for all its committees.

Despite the ongoing debate around metrics, minister for innovation and small business Philip Dalidakis said without a commitment to numbers change will take too long.

“It’s not about merit – you actually have to want to push through,” Dalidakis told StartupSmart.