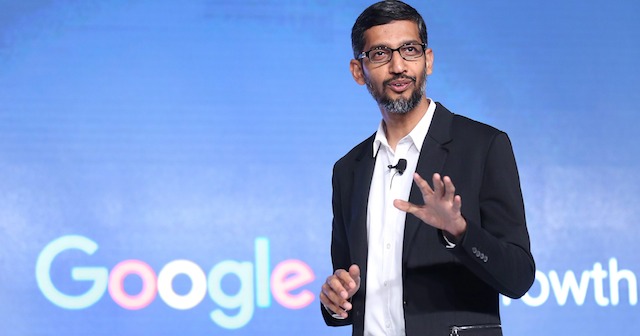 In addition to widespread public scrutiny and a federal court block, powerful tech leaders have joined the scathing backlash against US president Donald Trump’s executive order to stop people from seven Muslim-majority nations entering the country.

In what’s been coined the “Muslim ban”, American citizens including employees at leading tech companies from Iran, Sudan, Libya, Somalia, Yemen, Iraq and Syria – where Steve Jobs’ father is from – would be stopped from returning to the US.

Google chief executive Sundar Pichai says more than 100 people on their team would be affected by the order, Bloomberg News reports.

“It’s painful to see the personal cost of this executive order on our colleagues,” said Pichai in a memo provided to Bloomberg News.

“We’ve always made our view on immigration issues known publicly and will continue to do so.”

“As an immigrant and as a CEO, I’ve both experienced and seen the positive impact that immigration has on our company, for the country, and for the world. We will continue to advocate on this important topic.”

He also shared a letter emailed to Microsoft employees offering legal support to all affected.

Read more: Satya Nadella on our world’s future – “Trust is the new currency”

Former Microsoft Australia and New Zealand managing director Pip Marlow hit Twitter to voice her concerns while others used the hashtag #immigrantexcellence to shift the damaging profiling of immigrants under Trump’s presidency.

Steve Jobs the son of a Syrian immigrant. Many tech leaders are 1st/2nd immigrants. Facebook, Google, Tesla, Uber etc. And People like me. pic.twitter.com/VrjlqSPoKS

Meanwhile, Uber chief executive Travis Kalanick’s apparent support of the Trump administration sparked protests at its headquarters, but a leaked email and insider allegations reveal the company is deeply divided on the issue, Business Insider reports.

Adding to Uber’s troubles was a call to boycott the app while its rival Lyft responded to Trump’s executive order with a vow to donate $1 million to a civil rights group fighting the ban, Gizmodo reports.

“It is absolutely illogical and insane to believe that we can solve the hardest diplomatic, policy, and societal problems by putting in charge a person who doesn’t know much about any such thing,” wrote Pham.

“How can we sleep peaceful at night for the next 4 years knowing that the biggest societal problems rests on his lack of intellectual curiosity, judgment and temperament? It is indeed terrifying! This is an emperor with no clothe [sic], and things will get very ugly before his reign is over.”

His stance sits in stark contrast to Kalanick, who has been fending off criticism for cooperating with Trump.

“We’ll partner with anyone in the world as long they’re about making transportation in cities better, creating job opportunities, making it easier to get around, getting pollution out of the air and traffic off the streets” said Kalanick.

In a short essay published on his social network, Facebook’s Mark Zuckerberg said both he and partner Priscilla Chan come from families who migrated from countries across Europe and Asia.

“We need to keep this country safe, but we should do that by focusing on people who actually pose a threat,” he said.

“Expanding the focus of law enforcement beyond people who are real threats would make all Americans less safe by diverting resources, while millions of undocumented folks who don’t pose a threat will live in fear of deportation.

“We should also keep our doors open to refugees and those who need help. That’s who we are. Had we turned away refugees a few decades ago, Priscilla’s family wouldn’t be here today.”

In part two of this story, we share advice for Australian startups operating in or with the US in this political climate.