Aussie startup co-working hub YBF Ventures has partnered up with the University of Melbourne to create a new space designed to connect the academic and entrepreneurial spheres and boost both innovation and the economy.

The YBF Melbourne Connect space will be a part of Melbourne Connect, a new precinct that was created to bring researchers, higher-degree students and artists together with startups, small businesses, government and industry.

The tech-focused co-working hub, which is due to open towards the end of this year, will sit over two levels within the Carlton precinct, spanning 2,200 square metres.

It will include private offices, individual desks, meeting rooms, project spaces, studios and event spaces, all located close to the university’s Parkville campus and medical precinct.

Bringing together academic and entrepreneurial thinkers is intended to boost the local tech ecosystem.

Both the Melbourne Accelerator Program and the Translating Research at Melbourne startup programs will be relocating to the new hub. 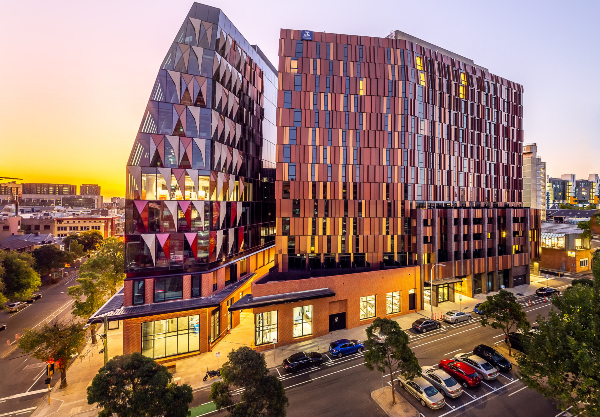 Co-location is “critical” to innovation, Mark Hargreaves, acting deputy vice-chancellor for research at the University of Melbourne said in a statement.

“Equally important is our ability to create a diverse community and culture of collaboration.”

The vision, he said, is to create “a digital and data powerhouse with an emerging tech focus”.

For YBF, chief executive Farley Blackman tells SmartCompany that the partnership represents a realisation of the collaboration between the four prongs of startups, corporates, higher education and government.

This, he says, is “essential to maintaining an ecosystem that creates jobs and grows the economy”.

And “actively facilitating that ecosystem is what YBF is all about,” he adds.

The partnership also creates something of a rare bridge between academic research and business.

Recently, research from the Menzies Foundation suggested that a lack of support for science and research-based startups is creating a barrier to commercialisation, and stopping new innovations from ever reaching the market.

The research also suggested that academics fear there is no pathway back into research if their entrepreneurial ventures fail.

According to Blackman, there are “pockets of innovation” everywhere, including in Australia’s labs and universities.

“But they take curation and management to reach full potential.”

There will also be childcare services available, and a shared events space with a dedicated engagement and activation team.

And, when asked if he would like to see similar initiatives rolled out across Australia, Blackman suggests the team is “actively engaged” in discussions relating to other cities and states.

Naomi Simson shares the lesson she learned the hard way: have the uncomfortable conversations on governance early.

Plus exclusiveA six-step strategy for lobbying government: Kate Carnell and Jo Scard give the inside account

Ever been daunted by approaching a politician or public servant? This piece covers how to get in, be heard, and get results.