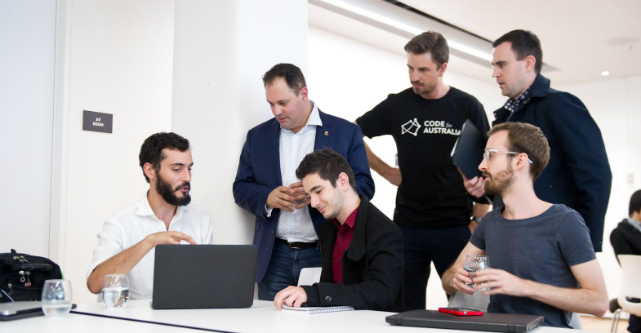 The Victorian government has joined forces with a local startup in a first of its kind hackathon aiming to boost transparency and make the state budget easier for the masses to understand.

“It was about making budget data more accessible and useable so we pulled together a community of developers, designers and offered some prizes,” Code for Australia director Dan Groch tells StartupSmart.

“From the government perspective, they were trying to push internally a change agenda on what needs to be done to make this more accessible,” Groch says.

Zendesk sponsored the event, and managing director Brett Adam says it was all about making the budget more user-friendly.

“The raw data is very dense and not really friendly for humans,” Adam tells StartupSmart.

And it usually boils down to a simple question: “Where does my money go”.

The event saw engineers from Envato working alongside RMIT students, resulting in apps like ‘Where’s My Money’, an aggregated question polling system enabling the public to get answers from Treasury before the budget is announced.

The hackathon wrapped up at Zendesk’s headquarters this week where the winning team ‘Bling My Suburb’ was awarded a $700 cash prize handed out by minister for small business, innovation and trade Philip Dalidakis.

“It took all of the data and turned it into a map, and you could hover over the map and see where money was going in the electorate,” Groch says.

“We don’t pretend to have all the answers which is why we are engaging the industry for events like Budget Hack to help us find new and innovative ways to be more transparent across government,” Dalidakis says.

Groch says they are hoping to roll out the winning apps before this year’s budget.

Events like these are a great way to improve and enhance the relationship between government and the broader public, Adam says.

“The relationship we have with customers and business at Zendesk is very complex but then you have the relationship with government and its citizens and that’s very hard to understand,” he says.

Adam says more businesses and corporates should get involved in events like these moving forward to help unravel some of the complexity and barriers between the government and the community.

With the tech and startup world’s ability and experience in deciphering complex data, he says there is great potential for local talent to come together for the benefit of the broader public.