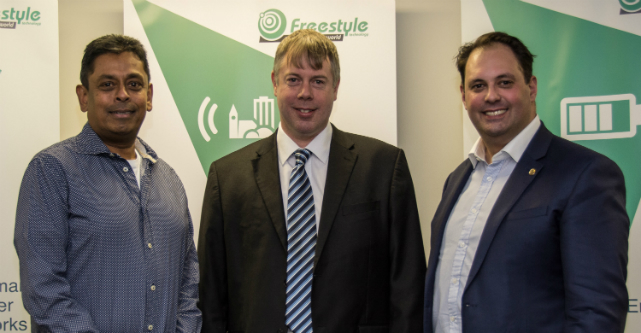 Melbourne-based software and information technology company Freestyle Technology has announced a big local expansion as the Victorian government continues its push to be a leading regional hub for the Internet of Things.

Freestyle Technology, which creates connected technology in the agriculture, manufacturing, logistics and healthcare sectors, will be transforming its Mount Waverly office into a major R&D centre, creating an estimated 150 new tech jobs.

The local expansion is backed by the Victorian government, and Freestyle Technology CEO Mohan Jesudason was joined by minister for innovation Philip Dalidakis at the new space on Thursday morning.

“Freestyle Technology joins the growing list of leading global and homegrown companies choosing to use Melbourne as a base for taking their leading-edge technology to the Asia-Pacific and beyond,” Dalidakis says.

Jesudason says the tech firm is now operating in Australia, China, Taiwan and South Korea, and the new Melbourne office will play a “central role” in its efforts to make its IoT technology a “global standard”.

“Freestyle is set to become a serious player in the global IoT market,” Jesudason says.

“With its highly-skilled multicultural people resources, Victoria is the hub of our global ambitions.”

He says the company has invested more than $45 million into its IoT research and development, and predicts exports of more than $200 million over the coming years.

The expansion marks another step in the Victorian government’s recent push to establish the state as a major IoT player, after assisting global software developer Two Bulls in expanding its global HQ in Melbourne to create connected technology.

“Victoria is Australia’s tech hub, and we want to become the destination of choice for business investment in the Asia-Pacific, creating more opportunities for our local industry and more jobs for our growing workforce,” Dalidakis says.

It’s all part of the state government’s broader strategy of providing financial funding from its $60 million innovation fund, LaunchVic, to encourage local startups to stay in Melbourne and enticing global tech firms to establish a regional presence in the city.

Earlier this month Melbourne startup Culture Amp announced it would be returning its global HQ to Melbourne, creating 200 new jobs in the process and digital marketing company WME and Appster making similar moves of late.

Global players including Slack, Zendesk, GoPro and Square have also established Asia-Pacific bases in Melbourne across the last year.