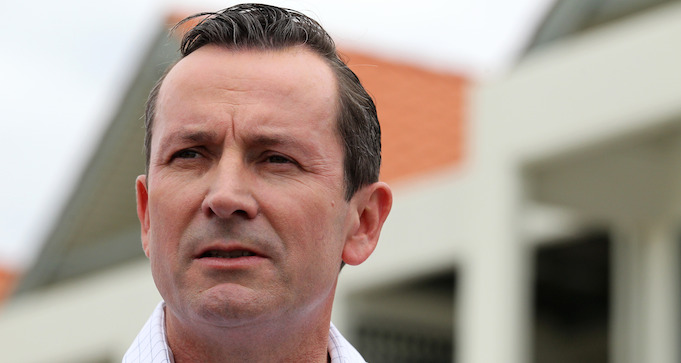 Last Thursday, WA Treasurer and Minister for Finance, Energy and Aboriginal Affairs Ben Wyatt committed to the state government creating a “New Industries Fund” to offer grants to “new and emerging businesses in the high-tech sector”, with $16.7 million in funding over

Of that amount, $4.5 million will be allocated to “drive innovation in the regions”, the Treasurer said in his budget speech in Parliament.

The New Industries Fund forms one of the WA Labor Party’s election promises. While WA has previously offered innovation grants to businesses, Labor Premier Mark McGowan made special mention of emerging and regional businesses during the election campaign earlier this year.

Andrew Outhwaite, chairman of StartupWA, says the funding is “really positive” for the WA startup ecosystem. However, he raises concerns about the ambiguity of what this funding will entail, adding that “the move to define it is slow.”

“Where there’s an absence of clarity from the government there’s lots of clarity from industry and independent reporting and analysis that gives good direction about how that money can be effectively spent,” Outhwaite tells StartupSmart.

“We think strong industry engagement and engagement with StartupWA over coming months will be really critical in ensuring that is effectively spent,” he says.

The government is yet to release details about the nature of the grants that will be offered by the New Industries Fund, however, Premier McGowan said in March 2016, if elected, his government would seek to “attract and foster” startups and gaming companies to the state “as future sources of economic diversity and job creation”.

While Outhwaite believes that this funding “looks like a great opportunity” for his organisation to work with the government on WA’s economic future, he says supporting innovation and economic growth “goes beyond $16.7 million” and requires “innovation within existing governments, in addition to specific grants and funds”.

“By 2025, 25% of gross state product could be affected by disruptive technology — that is either a market opportunity for local startups and companies or its an opportunity for others outside the state or outside the nation that are going to be profiting from that disruption,” Outhwaite says, urging the government to not just contribute funding, but to also lower barriers to entry for startups looking to create local job opportunities.

“It’s critical that WA gets in front of this so we can invest in growing industry skills. We can surf this wave, or it can crash over us and we’ll wonder how it happened.”

The state government is addressing this future disruption, looking to support the next wave of tech startup entrepreneurs by offering $19 million in funding to support STEM and coding programs in primary schools, to help “prepare our kids for the jobs of the future,” Treasurer Wyatt said last week.

Student entrepreneurship has been championed in the startup sector by the likes of Taj Pabari and Steve Glaveski, who are looking to equip primary-aged children with the skills needed to tackle the changing future of work through their Business Camp and Lemonade Stand programs, respectively.

The WA budget is similarly focusing on primary-school education, with Wyatt announcing the government will allocate $17 million “to convert targeted primary school classrooms into science labs and $2 million to upskill teachers so they can integrate coding into their teaching”. Schools across the state will also be able to apply for grants of $25,000 to purchase equipment for labs.

A STEM Advisory Panel will also be established by the government, and $19.5 million will be use to establish a research centre to examine how the state can make use of wave energy technology.