A century-defining technology: What is quantum computing, and where are the opportunities for entrepreneurs?

Ever-increasing development and investment in quantum computing have experts saying it’s the “birth of a field” and the opportunities for startups to get on board are starting to present themselves.

Quantum computing was thrust into the spotlight on Friday after Professor Michelle Simmons was named Australian of the Year for her research and work in the field.

Simmons is a professor of physics at the University of New South Wales and the director of the Australian Research Council’s Centre for Quantum Computation and Communication Technology (CQCCT), which consists of a team of over 200 researchers across eight of Australia’s top universities, who have consistently been making breakthroughs and new developments in the groundbreaking tech.

Saying she was deeply honoured to receive the award, Simmons touched on the difficulties and level of significance involved in building a fully working quantum computer.

“Building a fully functioning prototype quantum computer in silicon is a massive task. But I have an excellent team with the dedication and determination to make it happen, and this award is also a wonderful recognition of their immense efforts,” she said in a statement.

In light of Simmons’ and the CQCCT’s achievements, opportunities are beginning to form for some young tech companies, with Australia being praised as a hotbed of innovation in the field. And some investors and entrepreneurs have begun to sit up and take notice of the potentially century-defining technology.

What the heck is it?

The key concept behind a quantum computer is the ability to process information simultaneously at levels current computers cannot. While traditional processors compute bits of data one after another in either two states (1 or 0), a quantum computer would be able to process them in parallel using a quantum physics concept called “superposition”, and therefore look at all possible outcomes at the same time.

Speaking to StartupSmart, director of the University of Sydney’s Quantum Control Laboratory Michael Biercuk explains quantum computing as not only a way to accelerate current computers’ problem solving, but a way to process information and solutions for problems not computationally feasible on modern day computers.

“This means it has some very significant practical uses in areas like codebreaking, which is one of the biggest motivators,” he says.

“It also has great potential in areas such as logistics optimisation, physic simulations, and huge potential impact on areas like energy and security.”

While quantum computing has been under development for some time, with the concept first originating during the 1980s, it has only just recently developed a level of global interest and investment from both government and private sources.

Biercuk stresses the technology is at a very early stage, and the efforts of all global research groups have equated to about 20 qubits of quantum processing power. A qubit is the quantum equivalent of a binary bit — a mark of the level of processing power the hardware can achieve.

“It’s way smaller than required to do anything useful,” he says.

While a common narrative when discussing quantum computing development locally is one of global superiority, Biercuk — who originates from North America — is dismissive of the idea. Instead, he says, development efforts are a global undertaking.

“Our levels of strategic investment and concentration of critical mass of talent is clearly strong enough to bring me and many other people here, but we all participate in a global program and interact with governments globally,” he says.

“There’s much more global interest. While the Australian government has been quite slow in responding in any strategic way, it’s exciting that just last year the Australian Defence Force invested a small amount in quantum computing through the Next Generation Technologies Fund.” 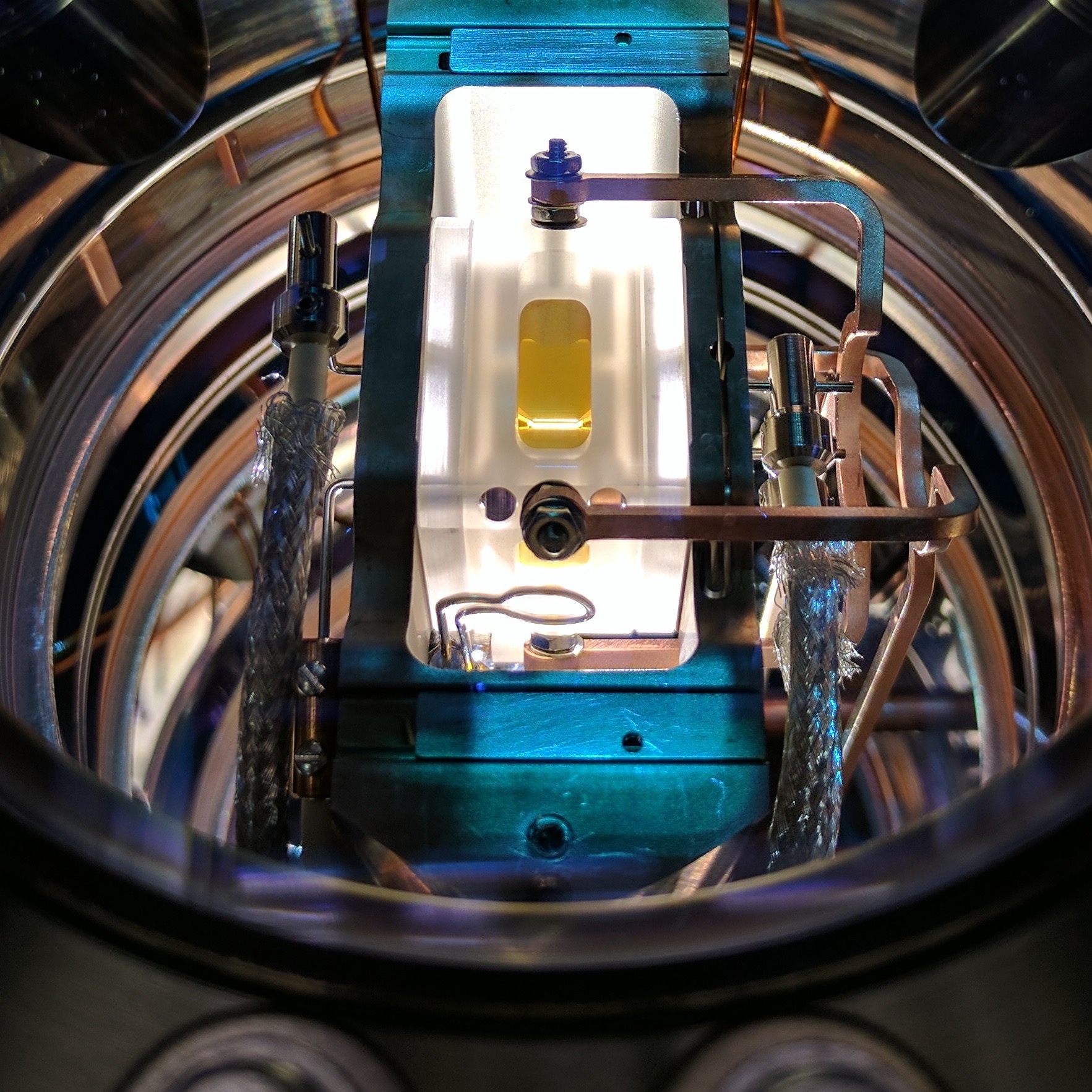 Potential for startups if investors are keen to wait

“We’re developing techniques to support development of quantum technologies. We deploy software solutions to help users who might be manufacturers of quantum hardware extract more performance from their devices, combatting decoherence,” he says.

Decoherence is a concept in quantum computing where information transferred can be lost or degraded when the quantum system is not perfectly isolated, leading to lost “quantum behaviour”.

The startup recently received a piece of CSIRO’s Main Sequence Ventures’ $200 million innovation fund, which manager Phil Morle told StartupSmart at the time was focused on “deep tech”. The fund chose to back a startup like Q-Ctrl because Morle believes core quantum computing work “requires deeper pockets than we have”.

“How does the software layer talk to a quantum computer? That’s what Q-Ctrl is looking at and that’s the company we’re here to give oxygen to,” he said.

Biercuk notes there’s more and more investing interest in the quantum computing space, but acknowledges many investors may be put off by the long time horizon to product development inherent in the currently bleeding edge development space.

“They have to understand this is not a six-month thing, but there’s absolutely plenty of opportunities to find the right partners as long as people are sanguine to the timeline,” he says.

In terms of the potential for companies in the space, Biercuk echoes Morle when it comes to companies trying to create their own quantum computers, saying startups looking to try and do it themselves are being “too ambitious”.

Instead, he thinks founders should look to niches, pulling up quantum software development as an area with potential for growth, mainly due to low levels of capital expenditure. However, he says even areas such as that can prove difficult with the levels of current tech development.

“Hardware at IBM and IMQ are at such early stages of development its hard to write software that has value in even medium terms,” he says.

“We’ve had positive responses from investors, both professional and angel, who are interested in getting into new fields. The critical thing when assessing new fields is getting in touch with people who are legitimate experts in the space; it’s easy to sell a bill of goods, and I’m seeing a lot of people in this space saying or doing things they can’t actually do.”

Looking forward, Biercuk believes there will be some useful outcomes in the quantum computing world in around “seven to ten years”, but until that point most of the development will be proof of concept and capability. But given a decadal timeframe, he believes quantum computing will begin to solve the problems industries and businesses really care about.

“This is the birth of a field, and in my view, it will be as transformational in the 21st century as harnessing electricity was in the 19th century,” he says.

“We’re right on the precipice.”