What now? Pollenizer co-founder Phil Morle opens up about the decision to close the startup incubator 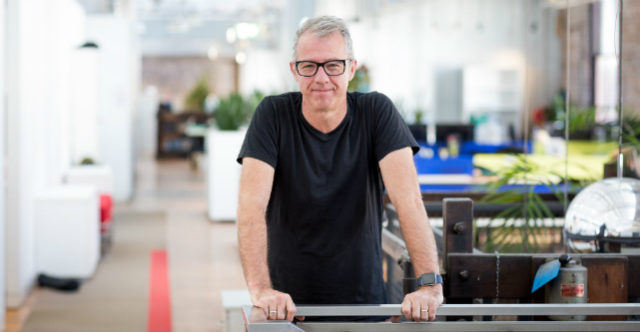 This week the 10-year-old startup incubator revealed it will close down at the end of the financial year, after attempts to find a sustainable business model were unsuccessful.

Speaking to StartupSmart about the journey to this point, Morle says he looks back on the past decade with pride.

“If we measure how we’ve gone in terms of impact, we’ve been very successful and we’re very proud of that,” he says.

The problem, he notes, was finding a sustainable and scalable business model that aligned with Pollenizer’s fundamental belief in the potential of startups and entrepreneurs to change the world.

“Over the nine years we’ve had a few different models,” Morle says, recalling how Pollenizer opened its doors as the “first Silicon Valley incubator” in the Asia-Pacific region.

However, the model evolved out of a need for more consistent sources of revenue.

“We then began to commercialise the Startup Science toolkit,” he says.

“That’s the model we’ve been working really hard at for the last three years.”

The team’s aspirations were to drive large scale impact, but Morle says operating as a boutique consulting business wouldn’t achieve that feat.

“We effectively ate our own dog food, ran our own process against the company and came to the conclusion that we have to direct our energy to other things,” he says.

With Pollenizer to close its doors at the end of the financial year, Morle says it still has a “little bit of money left” and these funds will go towards setting up the infrastructure to support its portfolio companies and fulfil its obligations with commercial partners.

A big focus for Morle in the coming months will also be his team.

“My main key focus is on the team, to make sure that talented group of awesomeness that we’ve got actually do transition into impactful opportunities,” he says.

Looking back on Pollenizer’s journey

Looking back over the past decade, Morle says his proudest achievement is the positive change Pollenizer has made on people’s lives.

Despite entering a market where most people didn’t use a mobile phone or computer, by the end of the year Pollenizer had helped participants set up real companies funded by international angel investors, he says.

“It’s all about people for me as the top level achievement,” he says.

“We’ve connected through thousands of entrepreneurs.

“Looking at all the companies that are out there that I can see a little bit of Pollenizer DNA glistening in the light —I’m very very proud of that.

“The big driver behind Pollenizer was the fundamental belief that entrepreneurship is a powerful force for the modern world.”

Many members of the startup sector, including FinTech Australia chief executive Danielle Szetho, Angel Cube co-founder Adrian Stone and Investible co-founder Creel Price, have reacted to the Pollenizer’s closing with gratitude and sorrow.

Szetho called it the “end of an era” while Price said Morle and the Pollenizer team should be proud of their impact on Australia’s startup sector.

Thanks @philmorle & @liubinskas; @pollenizer was the pioneer upon which the #Aus accelerator & coworking community was built … https://t.co/hLiI1BkZhU

In a statement to StartupSmart Price said Pollenizer has played a pioneering role in Australia’s startup sector.

“We need to celebrate and acknowledge their early commitment to ensuring Australia established a vibrant startup ecosystem when investors, governments and corporates were left napping,” he said.

“Pollenizer was directly and indirectly responsible for ‘pollinating’ so many of the startups, accelerators, incubators and venture funds that soon followed.

“Phil and [co-founder] Mick [Liubinskas] can be proud to have shouldered much of the early burden that others are capitalising on. Though it is another warning that in a more and more crowded space it can be difficult to achieve long-term sustainability without government, corporate support or later stage VC support.”

What now for Morle?

So what’s next for Morle? Only time will tell.

“I’m aware that I’m in a bubble that I’ve taken nine years building and I’m just going to step outside of the bubble a little bit and see what it’s like on the outside,” he says.

“And I don’t really know what that looks like yet.”