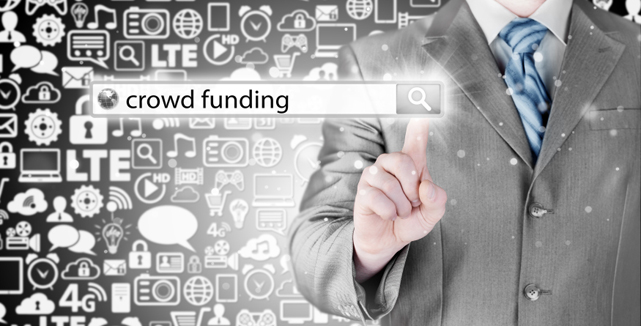 AngelList is one of the hubs for all things startup in Silicon Valley. Launched in 2010, it started as a meeting place for tech startups and investors – a sort of pick-up joint for crowdfunding, if you will.

Its trending list of startups gives us a crystal ball of sorts into what’s capturing the interest of investors in the world of digital commerce. Accredited investors can go to AngelList and join syndicates that invest in up and coming tech companies, some of which are little more than bright ideas looking for seed funding to get their venture going. In many ways, AngelList is a social network for tech investors and startups.

It’s a flighty and fascinating place that gives us an insight into where some of San Francisco’s smart set are thinking about parking their money in the hope of backing the next Uber.

Well before it became the paragon example of app-driven innovation, Uber (or UberCab as it was known) was just a car service designed to ferry tech heads and a few others in the know around San Francisco. In 2010, UberCab raised US$1.25 million in funding to get the wheels rolling.

By 2011, Uber was listed on AngelList, and if you go to the car service company’s AngelList activity page you can scroll down the page to see an impressive roll call of investment activity for the company.

These investments included significant funding via syndicate that year from the likes of heavyweight individual tech investors including personal computing pioneer and former Accel Partners partner Mitch Kapor, former Zappos chairman and Sequoia Capital partner Alfred Lin, and one of the founders of AngelList, Naval Ravikant. They might not be household names, but they are truly movers and shakers in the world of tech startups.

If you have a look at AngelList’s current monthly trending list (at the time of writing) you’ll see an intriguing mix of products and services, all with the common factor of having digital tech at their core. These startups cut across a range of industries, from traditional sectors such as fashion, building and banking through to tech consumables like virtual reality.

Take for example BuildZoom, which bills itself as “Uber for remodelling”:

“With the tap of a button, we will send 3 or more contractors to your door, in as little as an hour. We’ve (sic) support virtually any construction project, from a small electrical outlet installation to a $1,000,000 home overhaul; commercial or residential,” says the company.

BuildZoom says it is already distributing more than US$1 billion a year in projects and the enormous size of the construction and building industry in the US and across the world allows for massive scale if it gets its model right. Of course, as with Uber, it might encounter some regulatory opposition in countries with tighter laws surrounding building regulation. However, the model looks promising and has some serious investment runs on the board, including a $US10.6 million Series A capital raise in October last year.

Another interesting take on the share economy model used by Airbnb is Bizly, which aims to match business people looking to hold meetings with hotels that have spare and suitable rooms for such meetings. The model matches spare capacity to demand in order to satisfy both parties.

Bizly sees its model, driven by an app, as being a long-term solution to the underutilised capacity problem experienced by most hotels:

“Long term, Bizly will lead the conversion of 10-20% of all hotel rooms around the world to work and meeting spaces, and in the process, become the most trusted workspace partner for the Fortune 500,” it says.

It’s the type of idea that could facilitate a further shift away from permanent office spaces for many businesses and could severely affect commercial property leasing, in much the same way as Uber has damaged the traditional taxi industry.

What all the startups on the AngelList trending list try to offer is something in their model that will dramatically change the existing way of doing things in their respective industry. Innovation is at the heart of what these companies try to do and it’s this commitment to innovation that excites investors.

Not all of these businesses will go on to become successful, but if you want to understand the drivers of digital disruption, it’s certainly worth looking at what they are doing and why they are attracting interest.