What words in your job ad are discouraging more people from applying? 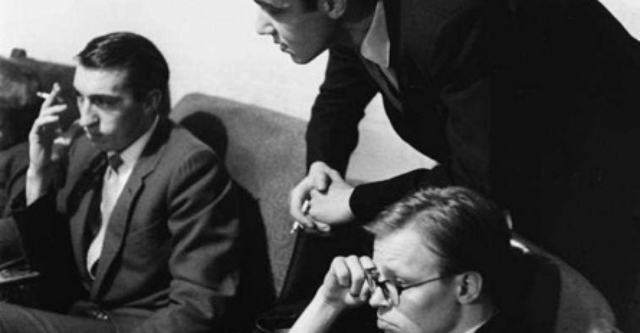 It’s difficult to increase gender diversity in an organisation if few women apply for jobs there in the first place.

But individual choice doesn’t exist in a vacuum — research shows that using more masculine words in a job advertisement, such as leader, competitive or dominant, can make it less likely women will apply.

An organisation that describes a role as requiring a “superior ability to satisfy customers”, as opposed to someone who is “sensitive to clients’ needs”, may inadvertently skew interest towards male candidates, for example.

Male-dominated areas, which tend to be higher-paid, are more likely to use such language when recruiting.

It’s with this problem in mind that the Victorian government has announced that its anti-discrimination pilot program will target language with traditionally masculine or feminine connotations in job advertisements.

This week marks the beginning of the 18-month Recruit Smarter program, which aims to tackle unconscious bias against women and people from diverse cultural backgrounds.

In an Australian first, the pilot will de-identify personal details, such as names, genders, ages, and locations, to reduce potential bias during the application process.

Participating organisations come from both the public and private sectors. The Department of Premier and Cabinet, the Department of Treasury and Finance, WorkSafe, VicHealth, the Transport Accident Commission, Westpac, Ai Group and PwC are some of the partners to have signed up.

The trial will include use of programmed bias mitigation prompts throughout the selection process, reminding selection committees of common biases, hotspots and other potential bias hazards in job interviews.

Human resources and other staff involved in recruitment will be trained to recognise and prevent unconscious bias in processes.

The state announced it would develop the pilot in an effort to boost diversity in the public and private sectors in May last year. An implementation committee spent nine months “finessing” the structure of the pilot, says the government.

Unconscious bias in recruiting remains a problem in Australia. A 2010 paper found that to attain as many interviews as an Anglo job applicant, an Italian person must submit 12% more job applications, an Indigenous person 35%, a Middle Eastern person 64%, and a Chinese person 68% more.

Recognising a similar problem in the UK, the British civil service committed in 2015 to introducing name blind recruitment for all jobs below senior civil service level. In the UK, the NHS, BBC and a range of private organisations have vowed to do the same.

Apart from ensuring basic fairness, there may actually be benefits to workforce diversity: diverse teams may be better at solving complex problems.

A study of 28 teams found those that were heterogeneous solved complex tasks better than the homogeneous teams. They noted the diverse teams exhibited a higher level of creativity and a broader thought process.

Another study showed higher executive and board diversity in companies produced returns on equity an average of 53% higher and gross earnings 14% higher than those with low levels of diversity.

The authors of a study on gendered language in job advertisements include a list of phrases expressing the same basic information in “masculine” and “feminine” terms. The below offers direct comparisons between the two for an administrative assistant position.