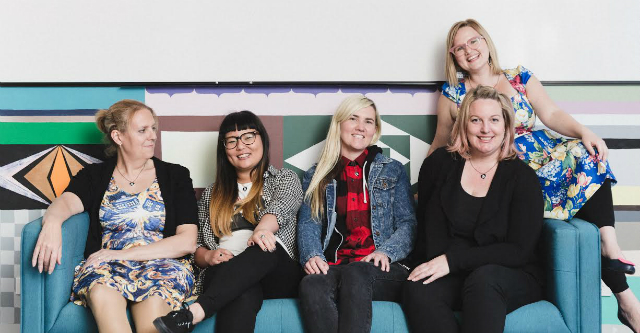 “[Coding] is about getting together with friends and changing the world and that’s what Barbie does in this film,” Moran tells StartupSmart.

As a result of the conversation with Universal Sony Pictures Home Entertainment, the maker of the film, Girl Geek Academy will be provided with Game Developer Barbie dolls and posters to give out at its upcoming workshops.

Girl Geek Academy, which has to date raised $1.3 million in grant funding and in-kind investment, plans to give these out to young fans at its upcoming Miss Makes Codes workshop for five to eight year olds on April 28, 2017, at For Films Sake in Sydney.

While these are a “nice to have”, Moran says she and her team will focus deeply on the underlying message that young girls need great role models in tech when growing up. In line with this, Girl Geek Academy’s co-founders are currently choosing the types of Barbie they wish they had growing up.

“It’s great to be able to say Barbie is someone you’re already familiar with and she codes too,” says Moran.

With pop culture playing an influential role on young minds, Moran says having leaders in tech and coding to look up to in film, music and entertainment is critical.

“Our ideas about coding are formed when we’re young,” she says.

“I wish I had that growing up.”

Kane, who featured in this year’s Forbes 30 under 30 list next to movie stars Margot Robbie and Mia Waskikowska, is a game developer by trade.

“Visibility and representation is extremely important when it comes to encouraging young girls to explore technology, so having a brand as accessible as Barbie being part of this is incredibly powerful,” Kane tells StartupSmart.

“At the age where role playing and fun are key to learning and influencing, having young girls being able to see a journey like that of a game developer is awesome to see.

“My mother was a huge role model for me growing up as she went back to university, ran a business and had two young kids. I was always so amazed on how she managed to juggle everything.”