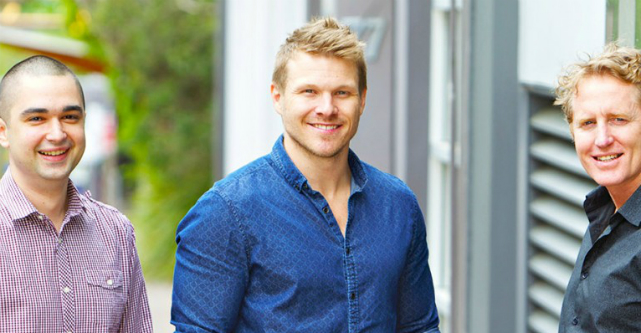 Early-stage startups with little if any revenue attempting to list on the ASX are taking a risky “shortcut” that could ruin the avenue for more established Australian tech companies, Stackla co-founder Pete Cassidy says.

The ASX is currently considering a series of proposals that would serve to shut out some early-stage tech companies from going public, including lifting the market capitalisation minimum to $20 million and the net tangible assets test to $5 million.

Cassidy says he supports these changes and that startups often look to the ASX when they can’t find private funding and are yet to establish a sustainable business model.

“There’s the potential to turn the Australian retail investor market a little bit sour on these tech companies in Australia which is a really sad thing,” Cassidy tells StartupSmart.

“Australia has done a great job of investing in technology companies. We should be embracing it but I think we run the risk of the public markets getting burnt too early with very premature early-stage listings which have the potential to turn away companies that are more later-stage and would look at an ASX-listing for strategic funding.”

Stackla is a social media aggregator platform directly competing with Silicon Valley startup ShareRoot, whose co-founder recently told StartupSmart about the virtues of listing on the ASX and the dangers of accepting VC funding.

“What we don’t have is two or three guys sitting in our office with a majority share telling us what we need to do, who we need to fire and which levers we need to dial up,” ShareRoot co-founder Noah Abelson said.

“If you can do it without getting VC money, then don’t get VC money.”

Shareroot completed a backdoor listing on the ASX last year with a $10 million IPO.

But Cassidy says these early-stage companies looking to go public should instead look to develop a more profitable business model that would attract early-stage private investors.

“There are no real shortcuts in building a startup,” he says.

“You still need the traditional model of finding product-market fit, customers and revenue. You’re going to have to go through that process to validate that there’s a business there.

“If you’re at the stage of still finding product-market fit and a business model then having the weight of being a public company on your shoulders is unrealistic.”

He says that some tech companies may be using the ASX as a last resort if they can’t find private funding.

“Every talks about persistence and perserverance – you might get a no from the very first VC you pitch to and you should keep going,” Cassidy says.

“But if you get a no from every single one then you should spend more time proving the model and looking inwards.

“You need to prove that others have validated your idea and want to invest in that idea.”

The founder says it should be left up to experienced and knowledgeable tech investors to pick the potential winners rather than retail investors.

“The investor community in Australia can help identify the best startups with the most potential and then deploy capital in strategic ways to help them grow,” Cassidy says.

“We’ve got some really high calibre VCs here that provide a hell of a lot of value to startups like us. They see so many businesses come through the door and they’re getting better and better at picking the best ideas and the brightest entrepreneurs to invest in.

“This is what they do for a living; they spot early-stage startups and great opportunities. Retail investors don’t have that level of acute focus on early-stage tech companies.”

From a chicken shop to the ASX

Stackla closed a $2 million seed round in 2014 after the company was bootstrapped for its first two years of existence. It then secured a $3 million Series A round led by Bailador Technology Investments and Rampersand last year.

“We wanted to validate our business at each stage before talking about investment,” Cassidy says.

Of the six tech companies currently working on an IPO, four have revenue of less than $140,000.

He says that when Stackla was at a similar stage to these startups, going public was never even a consideration.

“I look at some of these backdoor listings and think of the revenue they’ve got when they’re listing,” Cassidy says.

“When we had that revenue we were four people working above a chicken shop in north Sydney. I can’t fathom how we would have listed at that stage and still achieve what we have without the strategic investors we have.”

As well as the capital, he says having experienced investors involved with your startup can help when the going gets tough.

“We’ve never done this before, we’re first time founders and to have that expertise is fantastic,” Cassidy says.

“When you’re in tough spots there are always things that crop up that you’re not aware of. When times get tough, having investors in your corner that have gone through this before is super helpful.”

Since securing the Series A round, Stackla has brought on some significant clients including Disney and McDonalds. The tech company now has 60 people on its team and recently opened an office in Singapore.

Cassidy says that he does hope for Stackla to one day be listed on the ASX when the time is right.

“As an Australian company that’s something we would aspire to,” he says.

“We’d feel very honoured to think of it as an option when the time is right and when we’re at the scale to think it’s the right decision.”

For these later-stage, sustainable tech companies to list, it’s important that young startups don’t tarnish the market, he says.

“The scary thing for us is we want it to still be an option when we’re at that stage,” Cassidy says.

“We want it to be available to us. We’re somewhat nervous that some of the activity that’s happening now with very early-stage startups listing is going to make it tougher for us as a proven, scaled software company to go down that path.”