This is what Connolly wants to achieve through Blackbird’s annual startup conference Sunrise, which went down last week in a more grandiose fashion than ever before.

More than 1,100 founders flocked to Sydney’s Cockatoo Island for an all-day event featuring talks from some of Australia’s biggest startup founders, plus an array of workshops and events.

While Sunrise has been running since Blackbird raised its first fund back in 2012, the conference has never been done at such scale before. This year’s massive event is largely thanks to the efforts of Connolly, whose official title is Blackbird’s head of community, but has taken Sunrise under his wing as an area for the VC fund to expand and develop in the coming years.

Speaking to StartupSmart on the day after the event and having had about three hours sleep in total over the week prior, Connolly was still upbeat, and happy the day before had been such a resounding success.

“Sunrise has evolved a little over the years, but the original idea was that Australia has incredible founders with great stories, but no one knows them. We don’t celebrate entrepreneurs in the same way we celebrate artists, sports heroes, and politicians,” he says. 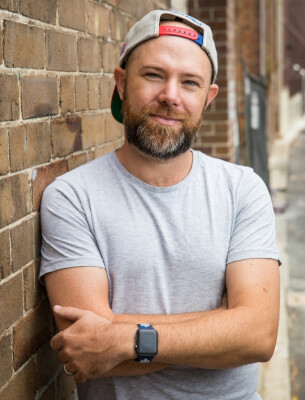 “So we thought we should celebrate them like that, and we’re trying to build a movement around it to reinvigorate that spirit around becoming entrepreneurial. I think we lost a bit of it for a while, so we’re getting it back up and running.”

The event was lauded by founders and industry figures on platforms such as Twitter and LinkedIn, with multiple praising Sunrise’s workshops, events, and even its dancing bin chickens.

While numerous founders attended Sunrise, Connolly says the event isn’t just for them; he wants to attract the “best people in startups” rather than just strictly founders, including those who might one day want to be founders.

Sunrise to rise above all else

Australia’s gamut of startup conferences is varied but still emerging, with events such as Myriad, Above All Human, and Yeah Nah popping up only in the last few years. These conferences also only tend to service the states they are run in, with truly national conferences few and far between.

Sunrise is endeavouring to make its mark as one of those national conferences, with this year’s event being its most ambitious and biggest yet. Connolly believes Sunrise’s attendance is second now only to StartCon, and says Blackbird has been running the event for longer than any other startup event in the country.

“I think we’re definitely the biggest in terms of scope, but we’re really still in our infancy. This is the first time we’ve held the event on Cockatoo Island,” he says.

The choice to run the event on Cockatoo Island was one Connolly made for a particular reason: he wanted to try and create a “temporary world” the conference could exist in, rather than the everyday feeling of a startup conference.

“We don’t want to have a conference where people bring their laptops and dip in and out of doing work. We wanted them to forget their stress and worries and open up and learn something, all while meeting interesting people,” he says.

Connolly views Sunrise as more of a community-focused startup event compared to others in the space, and he thinks events should be striving to build the local community as much as possible.

“We want people to go through a shared experience while learning new things, and then bring that experience and those learnings back out into the real world, and hopefully that changes the quality and quantity of their contributions to the world,” he says. 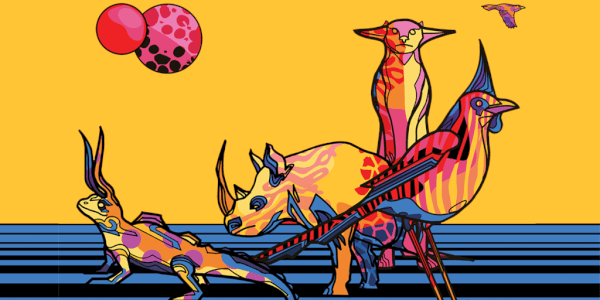 Some of the art made by We Buy Your Kids for the Sunrise event. Source: Supplied

Sunrise to become a “pilgrimage”

Despite an “endless” list of things going awry at this year’s Sunrise (including a catering debacle that occurred the week before the event), Connolly was more than pleased with how the event played out.

“Anyone who runs events will tell you, there’s never any major event where shitloads of stuff doesn’t go wrong in the week before,” he laughs.

Looking to the future, the event runner says while he doesn’t want to “dob myself in”, his vision for Sunrise is grandiose, starting with the event running for more than just one day.

“I’d love to create an event that was a pilgrimage every year for wildhearts around the world. We want everyone to come each year and experience Sunrise together,” he says.