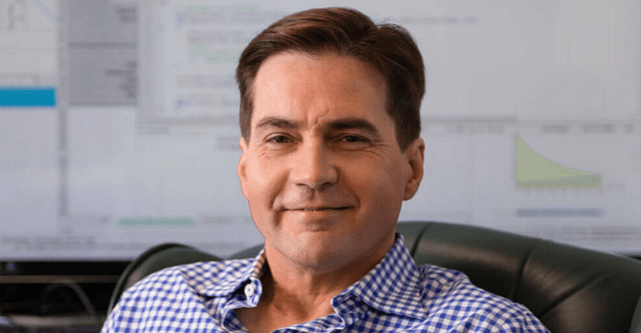 Australian Craig S. Wright has stepped forward to claim that he is indeed the illusive creator of Bitcoin Satoshi Nakamoto.

Furthermore, he claims to have “proof” of the claim that he has demonstrated under somewhat constrained circumstances to journalists, bitcoin developer Gavin Andresen and founding director of the Bitcoin Foundation, Jon Matonis.

Although Andresen is convinced “beyond a reasonable doubt: Craig Wright is Satoshi.”, journalists from the Economist were careful to hedge the announcement with some scepticism. The doubt expressed by the Economist is largely shared with commenters on Reddit and the Bitcoin Forum who are largely unconvinced by the claims made by Wright.

The proof that Wright showed to journalists from the Economist, BBC and GQ was that he held a private encryption key that was involved in the production of the earliest Bitcoin.

The trouble is, that when asked to provide further proof by spending some of the actual Bitcoin made at the time, or to use the keys to sign other documents provided by the Economist, Wright refused saying that “I’m not going to keep jumping through hoops”.

After Wright was originally “outed” as being Nakamoto last year, and the story was reported by journalists at Wired and Gizmodo, almost all aspects of Wright’s claims were brought into doubt.

When The Economist raised these concerns with Wright, for example the exaggerated and unverifiable claims of academic degrees, Wright responded that he had created profiles on LinkedIn and other sites as a “joke”.

A supercomputer that Wright was supposed to have bought from computer manufacturer SGI who later claimed not to have known anything about this sale, was again dismissed. Wright explained SGI’s denial as being a result of Wright having customised the machine with a competitor’s equipment. He couldn’t say anything else about the computer nor actually show it to journalists for “security reasons”.

The founding director of the Bitcoin Foundation, Jon Matonis is also convinced that Wright is Nakamoto. He bases his evidence in part on the fact that Wright was knowledgeable about technical aspects of bitcoin. There is evidence that this was certainly not the case in 2011 where he referred to bitcoin as “Bit Coin” in an online comment.

Matonis misses the somewhat obvious problem that a proof based on what Wright knows now ignores the fact that he has had several years to acquire that knowledge along with many other people.

Further technical proof furnished by Wright that he holds a private key involved with early bitcoin transactions has also already been brought into question. Wright used the key to digitally sign a text containing a 1964 speech of Jean-Paul Sartre’s where he explains why he refused to accept the Nobel prize for literature. The signature has been found included in a block on the bitcoin blockchain dating back to 2009. So all this means is that Wright has produced a piece of evidence allegedly from 2009 not that he was able to produce that signature now.

If Wright really did believe in research and really wanted to prove that he was Nakamoto, he would be open to complete scrutiny to prove beyond reasonable doubt that he was who he claimed to be.

Andy Greenberg from Wired magazine has outlined further proofs that Wright could demonstrate to get everyone to that point. Wright has chosen not to for the time being.

Whilst there is no direct evidence to say that Wright is not Satoshi Nakamoto, because of the staged evidence that has been presented so far, we should treat the claim with a high degree of scepticism.

Wright has a great deal to gain by making this claim. He salvages his currently damaged reputation which suffered from the revelations of the inconsistencies in his past public record.

His reputation has also been brought into question as a result of the ongoing investigation by the Australian Tax Office for fraud related to Wright over claims of research and development credits and GST.

These research and development credits are related to the alleged purchase and running of the SGI supercomputer that SGI has said they never sold to Wright.

It is unlikely that the majority of the bitcoin world will accept Wright as the inventor of bitcoin and for that reason alone, it seems even more inexplicable as to why he is now trying to claim that title.

What is absolutely certain is that we have not heard the last of it and there is sure to be more to come.