Women make up less than one in five global startup founders: That’s a massive missed opportunity 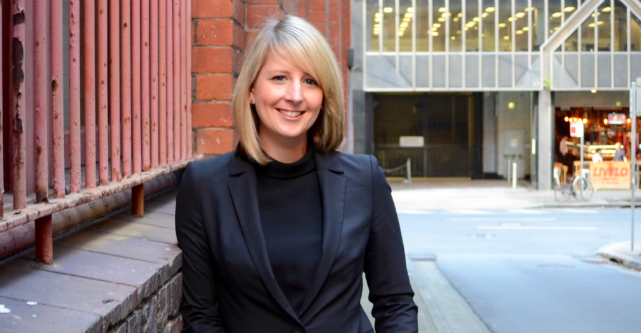 You can’t exclude half the population when seeking to build a global economy driven by innovation, writes Nicola Hazell, from the OECD Forum in Paris.

Right around the world, there is a wave of activity directed at building the economies of the future. Governments, businesses and institutions are investing heavily in innovation and technology, as they look to leverage the possibilities of digital transformation.

As a result, startup ecosystems across the globe are undergoing major growth, with new, agile, innovative companies disrupting the industries of the past and offering new approaches to commerce, creativity and connection.

But right now, all this investment and activity represents a lost opportunity, as we risk growing so-called innovation economies that fail to tap into the diversity of the population, and in particular, leave women behind.

Women make up around 50% of the world’s population. Yet in the startup ecosystem — where the most innovative, high potential businesses of the future are being created — women remain grossly under-represented. According to Startup Genome’s 2017 Global Startup Ecosystem report, women make up 16% of startup founders globally.

In my home country of Australia, the 2016 Startup Muster report places local statistics slightly above the global average, with women representing 24% of startup founders, which is a solid increase from 17% in 2015, but still a long way from equal representation. And when you look at those attracting investment, the stats are as low as 5%.

So why does this matter?

Innovation is not something that is; it’s something that happens. As is the case for anything that happens, a certain environment is required. Where there is space for new ideas not only to be shared but to be challenged, innovation can happen. When we allow ourselves to feel uncomfortable, to think differently, to colour outside the lines, innovation can flourish. It should come as no surprise then that diversity is the key to unlocking innovation. Indeed, diverse views and ideas are essential to drive the kind of disruptive, creative, critical thinking required to take the global economy forward.

Furthermore, there is now unequivocal evidence that shows companies embracing diversity in leadership achieve better results in terms of innovation and creativity, and quite simply, better bottom lines. In fact, female-led companies have been found to drive three times the returns of companies predominantly led by men. So diversity is not just a nice-to-have; it’s a global economic imperative, particularly in industries that will be growth areas in the years to come.

So why begin with startups?

The startup ecosystems of most countries remain somewhat embryonic, presenting a compelling opportunity to get things right. But with current global female participation in tech and entrepreneurship so low, we’re not off to a good start.

To improve gender equality in tech and entrepreneurship, we need to design for it. Those who play a role in supporting startups must ensure their programmes are designed to attract, include and support female founders. This means creating spaces for women to learn about the opportunities available, develop key skills, identify in themselves the potential for leading globally scalable companies, and see in others examples of how it can be done. To date, such spaces have been limited. But the community of support is rapidly growing, as the movement for diversity in tech takes hold.

In Australia, for example, the pursuit of gender equality in technology and entrepreneurship has shifted from a social side-issue to one receiving serious attention. From grassroots organisations seeking to inspire women and girls in tech, and hackathons providing a launch pad for women entrepreneurs; to corporate and government-backed programmes helping female founders become investment-ready–the effort for equality is building.

Last year in my own organisation, BlueChilli, which is Australia’s leading startup and innovation group, we launched Australia’s first venture backed early-stage startup accelerator designed specifically for female-led startups. The collective backing of the programme by industry leaders such as Google and LinkedIn, as well as ANZ, MYOB, GSK, Sunsuper and UTS, is an indication of the value seen in driving gender equality. What’s more, the associated SheStarts documentary series is showcasing these startup stories to the world, replacing the dominant image of men in hoodies and sneakers, and changing the face of startups in Australia. This is an important step, achieving a significant impact in raising awareness about the value of investing in female founders and the opportunities that exist for other women and girls to follow. But to truly move the needle, we need to attack the problem from every angle.

Governments have a key role to play, not only through direct investment in scaling programmes that support women, but also through the design of government policies and initiatives intended to assist the broader innovation economy. There is a real opportunity to make a direct impact on the gender gap by ensuring all programmes funded by government bodies take a proactive approach to gender equality, whether they are specific programmes for females or not. By requiring all applicants to demonstrate a “non-negotiable” approach to inclusivity, governments can ensure the significant global investment in innovation results in more diverse (and thriving) startup ecosystems.

Without intentional design for diversity, the future economy will remain an uneven playing field — creating a huge missed opportunity for global prosperity. The ideas and perspectives of female entrepreneurs offer vital opportunities for the development of new products, services and creative solutions to major global problems. As the world looks for ways to create a more inclusive innovation agenda, driving gender equality must be embedded as the central plank of the global strategy.

Let’s go to the romance/marriage analogy: women are just pussies who sell their souls for the “secure” option. Given the choice of going with an energized, youthful entrepreneur or settling for balding, middle-age millionaire/billionaire what do they choose? You get it. We know. Sell-outs (and another word probably applies ..) So how exactly do we expect this gender to step up and make it on their own ?? A”huge missed opportunity for global prosperity” – what a joke. Never while women navigate life with their security-first mindset. Writer misses the point – women prefer to live-off success instead of mobilizing success

You cannot legislate for being innovative – the opportunities are there if you do not educate yourself and see the potential then it is down to you personally, this is not about gender equality it is 100% individual volition. Come gals get your skates on.