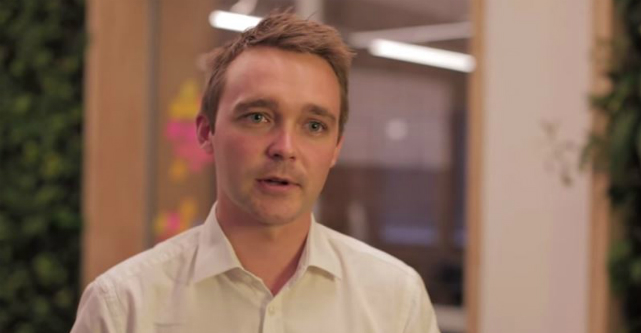 Wyatt Roy’s first job post-politics will be as an independent director of a proposed new $55 million publicly-listed fintech fund launched by the founders of H2 Ventures.

According to a prospectus listed on the ASX on Tuesday, the 26-year old former federal MP and startup spokesperson will be an independent non-executive director of the H2Ocean VC fund, along with finance expert and Sunrise host David Koch and Beyond Bank Australia chair Anne O’Donnell.

H2Ocean will be seeking to raise a minimum of $27.5 million and up to $55 million through the ASX and will be offering a “diversified global portfolio of early and growth stage financial technology companies”.

The listed fund was co-founded by Ben and Toby Heap in an effort to present the opportunities that fintech offers to all Australians.

“We feel as though there’s a fundamental opportunity and a real need for Australians to be able to invest in venture capital, in innovation and in fintech innovation,” Ben Heap tells StartupSmart.

“We feel as though this is something that just isn’t available to retail investors today. We truly believe that the democratisation of access to venture capital is a really important thing.

“H2Ocean is all about giving retail investors a simple, liquid and official way to participate in the fintech space.”

From public to private

It will be Roy’s first job after losing his federal seat in this year’s election, with the politician previously representing the startup community during his six years in office, including serving as assistant minister for innovation under Malcolm Turnbull.

Roy says he chose H2Ocean because of the potential he says fintech is offering to consumers in Australia.

“If you look at the tech disruption or increased competition in the financial technology space we’re seeing an incredible opportunity to give customers and consumers a better experience and better outcome, and Australia is well placed to do this,” Roy tells StartupSmart.

“H2Ocean represents an exciting and new opportunity to play a role in that space. This opens up the alternative investment space for retail investors and that predominantly hasn’t been the case today.

“It’s an exciting opportunity to achieve that outcome.’

Roy says he will be bringing his political experience to his role as a director of the fund.

According to the H2Ocean prospectus, Roy will be receiving $60,000 per year for the role, and is expected to hold 10,000 shares at the completion of the offer.

Heap says Roy’s political experience in the innovation space, along with his youth, will be useful for H2Ocean.

“We have a really good relationship with him, as has the entire innovation community,” he says.

“We did and do think he’s a really impressive young man and for someone who is still early in his career he’s got a terrific experience set.

“Diversity is really important with what we’re trying to do with H2Ocean, and that includes age diversity. He is someone who knows the challenges, experiences and ambitions of millennial-style innovators, founders and entrepreneurs.

“He has an incredibly impressive level of understanding of the Australian and global innovation ecosystem. He’ll be enormously valuable for us and we’re thrilled that he is going to be involved.”

The opportunity that H2Ocean offers for retail investors to back fintech ventures is unprecedented in Australia, Heap says in the prospectus.

“Opportunities for early-stage investment, particularly in a diversified portfolio of fintech ventures, are uncommon in the listed environment,” he says.

“We are not aware of a company or other investment entity offering similar characteristics on the ASX. An investment in H2Ocean will allow investors to gain investment exposure to early and growth stage fintech ventures they would otherwise have difficulty accessing.”

Heap says the public fund will be on the hunt for similar style fintechs as the founders’ accelerator and VC fund H2 Ventures.

“Our space is fintech and our interest is to invest in Australian and global ventures that have come out of accelerators,” he says.

“H2Ocean will invest in seed or Series A stages typically, and will play a role in being able to provide impressive and compelling entrepreneurs with a funding option.”

Along with strong monetary opportunities, the fund also offers the opportunity for investors to contribute to the wider ecosystem, he says.

“This is clearly a for-profit commercial enterprise but we think it’s a vehicle that will play an important role in the ecosystem too,” Heap says.

“All five of us are believers that this vehicle has a terrific capitalist role to back the right founders and generate terrific returns, but equally that it has a social purpose to play – to provide another piece of the puzzle in developing the Australian innovation ecosystem.”

Although he’s excited to start the new role, Roy says he’ll be taking a holiday before beginning his life after politics.

“It’s an exciting beginning but I’ll be taking a sabbatical and travelling and enjoying life for a while first,” he says.