YouTube Red launches in Australia: Why it breaks the video-on-demand mould 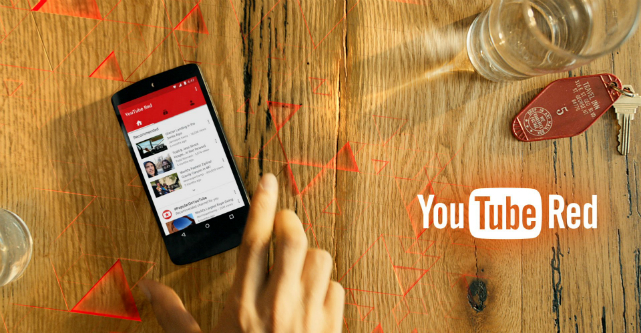 YouTube this week launched its paid subscription service, YouTube Red, in Australia and New Zealand. These are the first two countries to gain access to the service outside of the United States.

The introduction of a new major video-on-demand (VoD) service will now challenge many media corporations that may not have seen YouTube as a threat.

YouTube is offering a free trial of the service for a month, with introductory pricing of $9.99 per month and $12.99 for subscription via iOS available until June 6th.

The standard pricing fees will be $11.99 per month, or $14.99 via iOS. The higher rate for iOS due to the fee charged by Apple, which Google is passing onto iOS subscribers.

Giving you more choice about how you watch YouTube […] Soon, we hope you’ll be watching what you want, when you want, on any device you want, uninterrupted.

Some may ask why they should pay for Red when YouTube is already free. It is important to note that Red does not replace YouTube, but rather adds to it. There are five key additions if you sign up for YouTube Red:

This includes pre-roll (before a video) and pop-up adds (banner ads over the videos). While this won’t be a key selling point for people to subscribe, it is a small feature that some may appreciate in addition to the other elements.

Subscribers will be able to save videos while on a WiFi connection for offline viewing.

This will enable subscribers to watch saved content without requiring an internet connection. It’s also a boon for those who travel, or find themselves with no or poor mobile service. It will also take a load off mobile data for those who like to watch on the run.

This will enable you to continue to view or listen to YouTube videos while you are using other apps. This includes while the device is locked.

David Alpert, president of Skybound Entertainment, producer of the series, stated that:

One of the things that was great was, because we did it for YouTube, we didn’t have this standardised length format […] We said, ‘Let’s just make the episode great.’ That part was really freeing.

But Alpert also notes that YouTube’s original content does differ from Netflix’s, particularly due to the flexibility in the length of shows, which breaks free from old commercial television conventions.

YouTube Red original content also includes feature films, such as A Trip to Unicorn Island, Dance Camp and Lazer Team. Dance Camp features YouTube star Meg DeAngelis, along with cameos from a number of other YouTubers.

The head of scripted content for YouTube Red, Tim Shey, said this is all part of “giving YouTube’s biggest fans what they want”.

This is also a way for YouTube to make sure that its “stars” don’t use YouTube as a stepping stone to traditional film studios. One example was by Liongate, which recently acquired Dirty Thirty, with YouTube stars Grace Helbig, Mamrie Hart and Hannah Hart.

YouTube is also launching a music app, which utilises the already existing YouTube music video library, rather than creating an entirely new service and library. By using this approach, YouTube has also “avoided the need to renegotiate payment deals with artists”.

One of the unique features of the YouTube Red service is that it is providing both video-on-demand and music streaming, which are typically offered by different services, such as Netflix and Spotify.

Many of the YouTube Red features are focused around mobile or portable devices. This is due to the fact that more than half of YouTube views come from mobile devices.

In Australia, from March 2013 to March 2015, the Australian YouTube net monthly audience grew 14%. Mobile devices viewing of the site also increased during the same period from 36% to 53%.

Nielsen reported last year that “YouTube and the ABC are currently key providers in the Australian market” for online video content.

The launch of the YouTube Kids app late last year and the YouTube Gaming app this year, in addition to YouTube Red, will continue to assist YouTube in building on its engagement with younger Australians.

Mr Kyncl, YouTube chief business officer, said earlier in the year that, “our focus is on the under-35s”.

But with YouTube now providing a subscription based services, this places it in competition with companies it has not brushed up against in the past.

YouTube Red’s launch in Australia is also set to shake up the VoD market.

While Netflix has achieved considerable uptake, Stan and Presto are yet to be declared success stories. Both Stan and Presto had a recent reprieve with the demise of Quickflix.

But they now face a new international competitor at a time when it is predicted that VoD will reach two-thirds of online Australians over 16 years old.

That said, YouTube maintains that it is offering a different product from traditional VoD services.

What makes YouTube Red interestingly different is its likely appeal for a younger audience, who have been abandoning traditional television.

But it remains to be seen if they will pay for content, and whether YouTube Red wins over subscribers from existing VoD services in Australia.

Marc C-Scott is a lecturer in screen media at Victoria University.