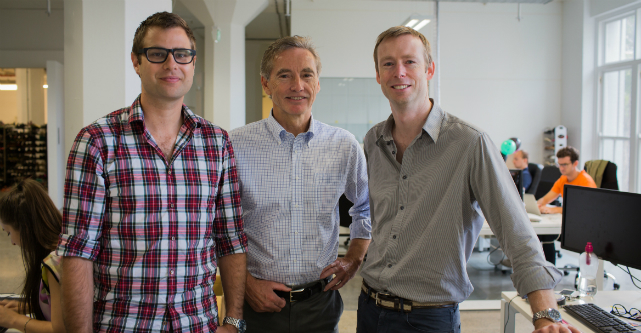 Australian-founded self-driving car startup Zoox made international headlines last week for its whopping $675 million Series B funding round, with the startup finally taking the wraps off its plans for an autonomous taxi after running in stealth mode for years.

A new Australian unicorn (that’s worth $4.3 billion to be exact) popping up out of nowhere is a big deal for our startup ecosystem, made doubly exciting due to the air of mystery that’s surrounded Zoox since launch. Its founders — Tim Kentley-Klay and Jesse Levinson — are backed by some of the biggest names in Australia’s tech scene, but have given out scarce info on their ambitious company until now.

One such backer is Australian venture capital fund Blackbird Ventures, which participated in the most recent funding round. Blackbird is a stalwart of the local venture capital scene, being a significant investor in success stories such as Canva, Culture Amp, Nura, and Propeller.

Speaking to SmartCompany, Blackbird co-founder Niki Scevak reveals the company has invested $90 million into Zoox to date, making the autonomous vehicle startup its largest investment yet. Canva comes in second at $50 million.

Scevak also revealed the number of funding rounds Zoox had gone through prior to its gargantuan $675 million raise; it started with a $1.3 million raise in 2014 that Blackbird contributed $500,000 to.

Following that, Zoox raised a further $40 million over four seed rounds, with Blackbird participating in three. Zoox then followed that with a $250 million Series A round, and the aforementioned Series B, both of which Blackbird contributed to.

To date, Zoox has raised over $966 million, despite not yet having a product in the market.

Scevak says Blackbird’s mission is to back the best Australian founders they can find as early as possible. He calls Zoox’s vision “breathtaking” and says some of the world’s most valuable startups from the last decade have been born from the transportation space.

“Uber has done this while building a skyscraper on quicksand, finding problems with recruiting and retaining drivers, and becoming obsessed with how to get them to turn up in the right places, all while not paying them very much,” Scevak says.

“When you can have that service at the convenient push of a button, it’s not just incrementally evolving the car, it’s imagining what comes after it.

“That could be a beautiful business.”

An “incredible amount of money”

Despite Scevak’s optimism, he is far from blind to the risk associated with a company such as Zoox. In Blackbird’s first note to investors after its initial $500,000 investment, Scevak said the startup represented a “very high-risk investment”, but there was risk mitigation in the company’s intellectual property which would have value even if the startup failed.

Today, $89.5 million later, the investor still admits that Zoox’s near-billion dollar of capital injections to date is an “incredible amount of money for a company that doesn’t have a product or revenue”.

“We think that’s a testament to the vision and quality of the team, with the founders first and foremost in that assessment,” he says.

“Zoox has now assembled a team of over 500 people, many with backgrounds in Tesla and Google, and that’s a validation of how much progress they’ve made and how many people believe in them.”

Asked if Blackbird considers Zoox an ‘Australian’ startup despite the company being based and headquartered in Silicon Valley, Scevak notes it’s a nuanced assessment and reinforces the mission of Blackbird to invest in Australian entrepreneurs.

Additionally, the Blackbird co-founder says a startup like Zoox couldn’t actually operate in Australia if it wanted to, given the regulation for self-driving cars here is lagging behind the rest of the world. Scevak is surprised at how fast regulation in places like California has moved on that front, saying it’s a rare place in the world where “tech regulation has outpaced tech development”.

All in all, Scevak — if you couldn’t tell — is bullish on the future of Zoox, which is the first hardware startup the traditionally software-focused VC firm ever invested in.

“Initially when we set up Blackbird, we had a religious view of only investing in software companies,” he says.

“Zoox has opened our eyes to what is possible, and how it’s possible to build a great hardware company.”

NOW READ: Can you keep a secret? Lessons for startups operating in stealth-mode

Passionate about the state of Australian startups? Join the Smarts Collective and be a part of the conversation.