‘What we’ve been looking for’: How Australian startup BlockTexx is turning discarded clothes into raw, commodity-level plastic 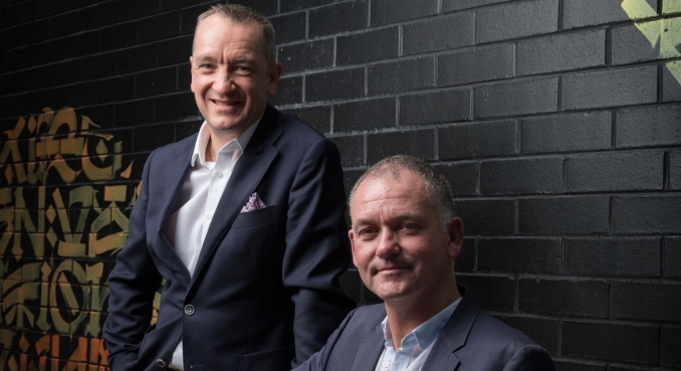 But there’s nothing improvisational about the duo’s company BlockTexx, launched about 12 months ago with the lofty goal of solving Australia’s (and the world’s) textile waste problem.

Both with backgrounds in the textile industry, Ross and Jones were acutely aware of the waste problem facing the fashion world, with about 100 billion garments a year heading to landfill.

“It’s a huge environmental issue, and the industry needs to be more efficient when it comes to textile recycling,” Ross tells StartupSmart.

The two decided to have a crack at solving the problem themselves and recruited an army of 40-odd advisors in the textile, fashion and chemistry space to define where the biggest problems lay, and how best they could fix them.

“One channel we found was Australian charities, who are swamped with second-hand clothes with no way to deal with them apart from selling them or throwing them away,” Ross says.

“So we got in touch with the Salvation Army and worked with them and the CSIRO on a way to shred clothes fibres and spin them back into a fibre which could be used to create new clothes.”

While it was a successful trial, the two found this process couldn’t easily be achieved on a commercial scale, so it was a “bit of a dead end”. However, they began bouncing around Australian universities, investigating a nascent technology which focused on the chemical separation of textile fibres.

It was through this the duo developed their breakthrough SOFT (separation of fibre technology) process, which is successfully able to reclaim 98% of resources from cotton and polyester garments, the two most-used fabrics in the textile world.

The startup just completed a small commercial pilot in January, and touts its new process as the most efficient way to recycle textiles in the world, with clothes going in one side, and commodity-level plastics coming out the other.

“We can make 98% of a garment into resources, with cotton breaking down into cellulose powder, and the polyester being able to be melted into a raw pallet of polyester chip, which can be sold as a commodity,” he says.

“Then the cellulose can be ground down into almost anything, from adhesives to toothpaste, or even back into clothing.”

While the ‘Texx’ part of the startup’s name is obvious, the ‘Block’ prefix is less clear. But the company is taking advantage of nascent tech on all fronts by implementing a blockchain logistics system for the company’s recycled materials.

“We’re not using it as a buzzword. I’ve bought my own fabrics and fibres in the past, and it’s often difficult to validate stuff, especially when you’re buying $10,000 worth of fabric from Asia,” Ross says.

The company will attach smart contracts to its shipments, which will be used as ways to validate and track the materials they produce. Ross eventually envisions that a local council could see that a park bench made out of recycled plastic was once a long-sleeve t-shirt, thanks to his company’s blockchain addition.

However, in the immediate future, Ross and Jones are more concerned with getting their first processing plant up and running, which they are currently in the process of raising $5 million in capital to get off the ground. Once they’ve got one plant running, they plan to follow up with another three or four in quick succession.

And retailers are keen to get on board, with every commercial customer the two have spoken to, from commercial laundries to uniform suppliers, being keen to rid themselves of their textile waste problem. The duo says a single plant of theirs could process 100,000 tons of textile waste per year.

“It’s the solution people have been looking for, as too much stock is being sent to landfill, and landfill levies are increasing. We know they have a problem, and we’re offering to take it off their hands for no more than they’d pay for landfill,” Jones says.

The recycling aspect is only half of the equation, however, as BlockTexx also wants to change the game in the local manufacturing space by providing Australian companies with a local option for raw polyester and cellulose, rather than importing it from overseas.

“Recycling for recycling’s sake is a good way to go broke quite quickly, we’re ensuring we have downstream markets, so we’re targeting local companies who want local supplies of these products,” Jones says.

With China recently banning further imports of waste and recyclables, the two believe their startup has come along at just the right time to solve the global textile waste problem.

“We’ve proven the chemistry, nailed the engineering, and we’re patenting the process. It has the opportunity to be a global solution, and I do think we’re at a very convenient point in history to make this work,” he says.

“A lot of things are coming together at the right time.”

NOW READ: Celebrities on the blockchain: How this Aussie founder is trying to fix the talent booking industry