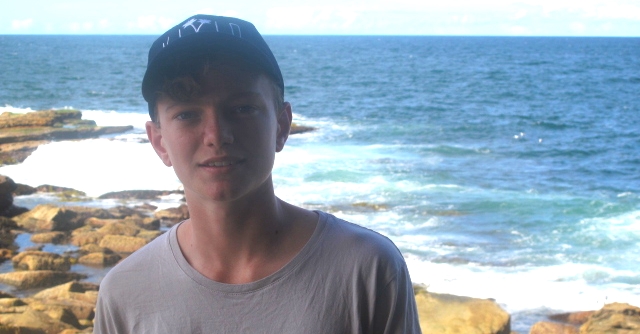 Sixteen-year-old startup founder Connor Cameron says he’s had an entrepreneurial streak since his first year of high-school, selling soft drinks out of his locker at lunchtime to friends for a dollar a pop.

“Then when I was 15 I started a clothing brand, which I built up for a while. It was really great experience but I wanted to move onto something else, solve a real problem,” Cameron tells StartupSmart.

The idea for Stakk came to Cameron through his everyday life as a student, seeing how his friends were struggling to find quality work that paid well, while his parents would regularly be on the lookout for extra hands to help around home when Cameron was unavailable. At the same time, he could see a way for people paying for otherwise pricey services to save some money.

“I wanted to help out with productivity and cost for what are relatively simple tasks. Gardeners in Sydney can cost anywhere between $60-70 an hour, but a student would do it for $20-25 an hour, so I thought we could save people some money,” he says.

“There’s also a growing problem I’m trying to solve with the gap between students graduating university and them getting their first job, so I’m trying to provide students with some work experience.”

The founder says he takes a cut of what students on the platform get paid, say $5 out of $25. So far he’s processed over $1500 worth of jobs on the platform, with over 500 users.

The vision for Stakk originally started as an app, but Cameron decided to launch with a website as an easier first step. Instead of teaching himself website coding, the founder says his process was to just “throw myself in and see where I can get to straight away”, doing so by reaching out to freelance web developers and getting the ball rolling.

“I found this freelance web developer I’ve been working closely with, and we got the product up and running and it’s been all uphill from there,” he says. While Cameron acknowledges it’s still early days, he hopes running his own business is something he can keep doing into the future. He also still plans to go to university, and while he says the TV show Suits initially lured him to a life as a lawyer, more recently he’s been considering commerce or software engineering.

He’ll keep working on Stakk though, if possible, as he wants the business to get into “as many people’s hands as possible”.

“I’m not making any money off it, and I don’t plan to for a while,” he says, speaking like a true founder.

Cameron’s startup journey hasn’t been without challenges; the founder has run into the predictable yet frustrating problem of people not taking a 16-year-old startup founder seriously.

“They hear ‘high-school founder’ and think that I’m not very serious, or I’m just throwing some ideas around. That’s been the biggest problem,” he says.

“But once I’ve gotten talking to people and convinced them I’m serious, there hasn’t been any real problems.”

Reflecting on his experience and passing on advice to other young founders, Cameron says the best thing you can do is to have a shot, because the worst thing you’ll get out of it is experience.

“I did think for a bit that I was doing this too early, but I figured even if it does fail and I don’t get anything out of it business-wise, I’ve got a support network from my parents and I’m going to come out of it with a profit of experience,” he says.

“Throw yourself into it — there’s no harm in trying. If you lose out and completely fail, you’ll come out of it with more experience than you had before you went in.”

NOW READ: Thankyou Group’s Daniel Flynn shares five ways for young entrepreneurs to fake it ’til you make it

Great to hear about young Aussies being so passionate about entrepreneurship. It reminds me of my first business I had as a 16year old. It was a surf shop, but I expect if I was born 10+ yrs later than I was it would have been tech focused too. Now I’m working on https://www.taskpigeon.co I’m sure Connor will go on to great things!

Wonderful, I see it as exploitation. Basically his charging $20- 25 per hour takes a cut of $5 therefore they are working for $15-20 an hour……
No wonder he has 1500 worth of jobs and 500 users lol
Also, depending on the task are they capable of completing it and doing it properly? who is teaching them to do this job or task at hand? who is looking after them?
Essentially you can just go and bid on air tasker or find a cheaper person who can do it also.

At least he is trying, doing something worthwhile, Good luck!