High ambitions: Meet the Sydney entrepreneur bringing technology to the world of medical marijuana in Australia 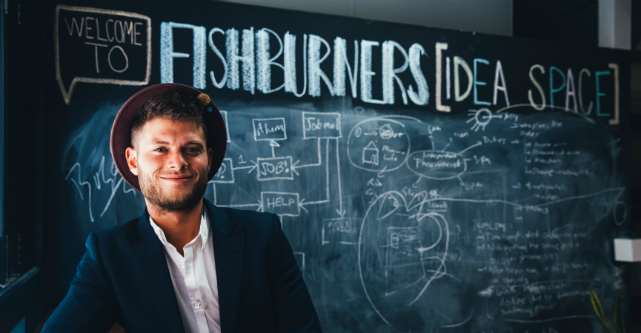 It was a close family member’s battle with serious illness that inspired Sydney entrepreneur Adam Miller to create his new business.

Miller saw her go in and out of hospital for six years, and after researching the impact of medical marijuana, decided that it could help. But there was one big problem: it still wasn’t legal in Australia.

“I did enough research to believe that this medicine would suit her nicely and would really help her,” Miller tells StartupSmart.

“But she’s very conservative and until it’s made legal, she isn’t going to consider it.”

The birth of a new industry

After witnessing the huge growth of the cannabis industry in the US once it began to be legalised across the country, Miller decided to create a startup, BuddingTech, to get on the front foot in Australia and pioneer a tech-approach to the market.

“I was in Colorado when cannabis was made recreationally available,” he says.

“It was a very eye-opening experience to see what happens to culture when this medicine is made available to people that really need it.

“Then when I was at home in Sydney I got an email from a group doing a medical cannabis delivery service in Colorado. I realised that this is going to be really quite huge and I started focusing some energy on it.”

Despite the clear business opportunities, he says he is still motivated by helping his family member and other Australians fighting serious illnesses.

“Rather than playing the reactive game I thought I’d be active with my approach and develop technology with stakeholders in government and those involved in this space,” Miller says.

“I made it my mission to do everything in my power to help bring this medicine to the forefront of peoples’ attention and leverage my skill in tech to bring attention to it.

“Technology can legitimise an industry.

“I decided to do everything in my power to help foster the creation of the industry.”

Providing the platform to launch

BuddingTech is aiming to create a range of digital solutions and resources to support the growth and legitimisation of the medical cannabis industry in Australia.

Miller says it’s all about educating the tech, medical, agricultural and regulatory communities on the issue to help develop a “national medical cannabis software and technology ecosystem”.

Earlier this year the Australian parliament passed a bill paving the way for the legalisation of cannabis for medicinal purposes. Several state governments have also been moving to legalise the substance too, with Victoria allowing its use from next year and Queensland and New South Wales set to undertake trials this year.

Launched last year, BuddingTech has so far been focusing its effort on developing relationships with the major stakeholders in the area, including state and federal governments and the medical community.

“Our goal is to understand what the requirements are in the space at this time,” Miller says.

“We then want to help facilitate the technology for this industry to mitigate these issues. Technology legitimises industries and our goal is to create awareness and help educate people.”

While a startup itself, BuddingTech also wants to position itself as a resource and platform for other startups to launch into the medical cannabis industry.

“We’re a facilitator for tech groups and startups to enter the medical cannabis space and we’re building a network that they can then leverage. We’re building the mechanisms for startups in the space to launch products directly into the appropriate stakeholder groups to use.”

Miller says he has been motivated by Silicon Valley and the tech community’s recent focus on the cannabis industry, which is quickly shedding much of the stigma that recently surrounded it.

Microsoft recently incorporated a marijuana compliance company onto its Azure Government cloud platform in a move that market a “legitimising first for the legal cannabis business” according to USA Today.

The cannabis industry is tipped to be worth more than a billion dollars in Australia in the coming years, and Miller says it’s set to be a booming space for local startups, and now is the time to get on board.

“Medical cannabis is becoming more and more of a legitimate industry,” he says.

“This space is becoming more and more tech-driven. It’s only a matter of time before it really becomes a legitimate space for tech companies to enter.

“It’s becoming more and more obvious that this will be a massive industry for startups.”

BuddingTech has been primarily bootstrapped with some added funding from industry groups, and the startup recently entered the Fishburners startup hub.

“The people who do know what we’re working on are incredibly supportive of what we’re doing.”