How GoFundMe CEO Rob Solomon wants to change the world 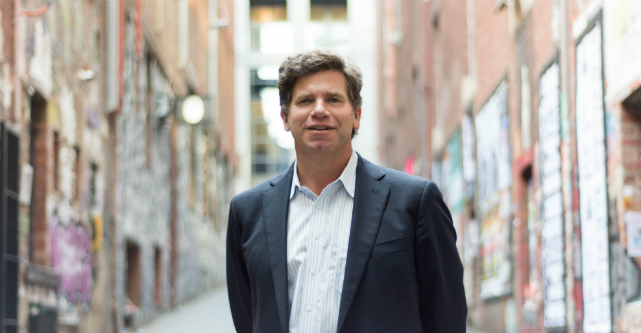 Having lived and worked in Silicon Valley for decades, the entrepreneur and investor regularly sees high-flying startups rise to global dominance without making any real social impact.

“Most startups are doing a good job of doing the services your mother used to do for you, but that’s not really advancing society all that much,” Solomon tells StartupSmart.

“Technology can create value and convenience but not a lot of tech companies are doing actual good.”

But he says GoFundMe, a crowdfunding platform for personal causes, is creating real change in the world and using the power of the startup capital of the world for good.

“We’re doing what Silicon Valley can do and making the world a much better place,” Solomon says.

“Most companies don’t have the good fortune of being in a space where every aspect of the company is in the social space.

“There’s a unique opportunity to create a Silicon Valley-like platform that achieves massive scale and creates a lot of value for users and investors, with the added bones of being mission-driven.”

GoFundMe has seen more than $US2 billion raised on its platform since it launched in 2010 thanks to more than 20 million donors. And it’s growing quickly, with half of that funding completed in the last year.

Through the platform, users can create their own fundraising campaign for any life event, personal challenge or project and has quickly become the most popular crowdfunding platform in Australia.

Solomon was working at Accel Partners, a giant Silicon VC firm that has invested in the likes of Facebook and Atlassian, when he first came across GoFundMe.

The firm eventually invested in the startup and Solomon, who missed the hands-on world of tech, became so enamoured with the company that he came on as CEO.

“I was so interested in the company that I left the cushy VC world for GoFundMe,” Solomon says.

He says that while he enjoyed the high stakes world of venture capital, running a lean company is always where his heart lies.

“Operating roles are much more interesting,” he says.

“Operating a company is a much harder job than investing in one. Operators and entrepreneurs are doing the hard work, it’s much more hands on.

“It’s a constant rollercoaster ride with amazing highs and dramatic lows all in the same day.

“VC is a funny game. If you’re right 20-30% of the time you can be legendary. There aren’t too many industries where you can fail that much. If you’re operating a company and you fail once you can go out of business.”

When Solomon took over, GoFundMe was still very much in startup mode, with a lean operation and 50 employees. Now it has 150 people on the team.

“It’s been pretty dramatic,” he says.

“The early team was very lean and mean. There were maybe eight developers and no funding. Now we’re really investing in the platform.”

The types of successful campaigns on the platform have also shifted, he says, with it originally centring on medical, emergencies and memorials and now encompassing nearly every societal issue, with education proving to be a big theme.

Solomon points to the Sleep Bus, a converted bus used as a homeless shelter in Australia, as one of his favourite campaigns, an example of how his platform and the good will of the people can help cover when protections fail.

“When the social safety nets that exist to cover these costs fail the community can come together and people are helping when life hits them with certain circumstances,” he says.

“All the platforms that came before us – Facebook, LinkedIn and Twitter – disrupted a huge category in a dramatic fashion. In the giving space no-one has done that, nobody is using technology to help change the paradigm.”

Solomon says Australians have proved especially philanthropic on the GoFundMe platform, with 700,000 people donating a total of $60 million to campaigns.

“The GoFundMe Australian community is very generous and giving – it’s really exciting to be here,” he says.

The prominent entrepreneur is in Australia for a week, and has already had a good insight into the local startup ecosystem, and he likes what he sees.

“What’s unique about the Australian scene is that for a country of 24 million there’s an amazing startup scene creating some amazing companies,” Solomon says.

He points to Atlassian and 99designs as world-leading startups built in Australia, and says that Sydney could well be the next global hub.

“Everyone out there is trying to recreate Silicon Valley, but you can’t do it – New York can’t do it, Los Angeles can’t do it,” Solomon says.

“But if anyone can make a claim towards being a version of Silicon Valley, Sydney can as much as New York or Los Angeles based on the companies coming out of it.

“It’s hard to do and it takes 30-40 years but Sydney has as good a shot as other contenders for the throne.”

With the ecosystem continuing to grow, he says we’ll soon see more globally successful startups emerge from Down Under.

“Creating companies like Atlassian from outside of Silicon Valley is phenomenal and we’ll see more happening over the next decade,” Solomon says.