A little Prezi for you: Drew Banks tells how the presentation software startup grew to over 50 million users 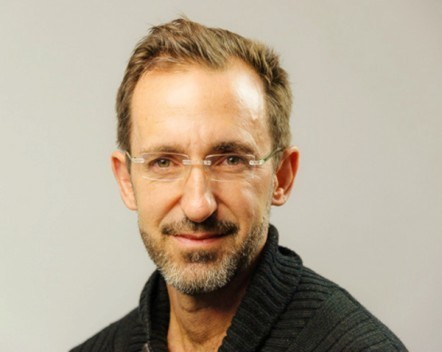 As head of international at Prezi, Banks has watched Prezi’s user base grow to over 50 million, with more than one million in Australia and New Zealand alone. He offers some insight into how Prezi was able to achieve that scale.

Banks says before even beginning to think about scaling, it’s important to consider whether or not the product has the ability to scale.

“Does the product have global potential without modification,” Banks says,

“That’s really important, if a product is designed where it can be globally scaled, and Prezi was, although that wasn’t the way they thought about it. It was a product that disrupted an industry that’s been waiting for disruption for 20 years. Accidentally quite honestly.

“(Co-founder) Adam (Somlai-Fischer) didn’t come in and say, ‘let’s disrupt this industry’. He came in and said, ‘I have this need, let me solve it for myself’ and it grew into Prezi.

“It’s a product you didn’t have to change to be global. You need to understand that. And if you don’t have a product that’s like that, and is really focused on your market, I would dominate your market first before investing in modifying the product for another market.”

Can the product market itself?

“Do you have the ability to lean on your customers and the ecosystem for word of mouth expansion,” Banks says.

“We were in an incredibly fortunate position, our customers loves us, and they talk about us when they get up and user our product to present their ideas on stage. So there’s this viral potential.”

How expensive is it to expand globally?

“For us, because we didn’t have to modify the product, and because we also had that second one, it was very inexpensive,” he says.

Banks who raised $20 million for his own startup Pie Digital, before joining Prezi, says it’s clear having viral marketing potential, along with an ability to scale cheaply, were very appealing to investors. Last year, Prezi raised $57 million from Spectrum Equity and existing investor Accel Partners.

“I raised $20 million for my own company and it took me five years to get a VC to return an email,” he says with a laugh.

“That’s a bit of an exaggeration, it took me five years to raise my money, but seriously the first three years I don’t think I had a VC return an email.

“The first day I started at Prezi – this was before our Series B – we had a VC dropping by; not a VC, the VC Accel, which in the Valley at the time were, and still are, one of the hottest VCs dropping by to give us a present.

“And I was like I raised $20 million and my VC never came to my office. Ever.”

Banks says he realised what made Prezi so attractive to investors was the startup didn’t need money. It was cash flow positive already.

“The best way to get money is to not need money,” Banks says.

“I would give that advice to any entrepreneur: try to prototype and get market acceptance and get a proof point. If it can be a true market proof point, not just a prototype proof point, then now you’ve got something.”