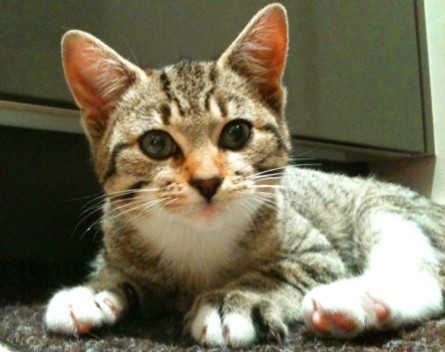 The mysterious death of his much loved cat companion Rango, led Australian-based entrepreneur Sebastian Langton to develop a GPS tracker for pets.

Langton purchased Rango as a gift for himself on his 30th birthday and says they did everything together. Rango would even ride with Langton on his motorcycle to work.

“You don’t choose cats like that, they choose you,” Langton says.

Sadly, about a year and a half ago Rango went missing, only to be found dead on the side of the road three days later.

“During those three days I was so distressed, I decided if nobody else had come up with an idea for tracking pets, then I would,” he says.

“He was an amazing cat, and very adventurous, he was the sort of cat you just couldn’t lock him in the house, it wouldn’t have been fair, so he was allowed to roam a little bit.”

While researching the GPS pet trackers, Langton says he realised none of them fitted the market need.

Any product had to allow owners to locate their pets at the press of the button in real-time, be designed to be comfortable for pets of all sizes to wear, and give users the ability to set up notifications when pets leave designated safe zones.

Pod does all of that. Other products are based on a subscription model with a contractual obligation, but Langton says “nobody wants to buy a mobile phone for their dogs” so that’s something the Pod team wanted to avoid. As Pod uses a SIM card, it requires $30 renewal fee every 12 months.

Nobody knows what happened to Rango, and Langton says Pod might not necessarily have saved his life, but it would have enabled him to be there for Rango at the end.

“I was absolutely heart-wrenched when I lost Rango. I miss him every day. I’m doing everything I can to make sure it can’t happen again.”