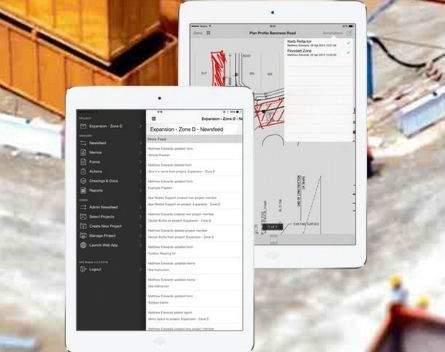 Perth startup APE Mobile is raising $1.5 million in Series A funding, as it looks to scale its paperless construction site app.

Its founder Matt Edwards, began his career in industry as a “kid with tools”, working his way to become National Operations manager for a large German construction company in the United Kingdom.

While working with contracting businesses he realised that many had iPads, but most were still spending hours filling out paper forms. After doing some research he found problems with solutions available, most were siloed, individual apps for auditing, compliance, safety, which didn’t communicate with one another, or incorporate companies’ existing processes.

“I woke up at 4am in the morning three years ago, and thought fuck it, I’ll build it myself,” Edwards says.

“The problem with most apps was none of them would fit to that company’s processes, which is a really fundamental problem.

“The paperwork is extraordinarily important to them. Contracting businesses have spent 20 to 30 years building up their knowledge and that paperwork is how they manage their risk.”

Among it’s competitors is Muru-d startup Safesite which is also looking at ways to remove paperwork from construction sites.

APE Mobile’s app allows contractors to import their paperwork and processes. The startup provides four hours of free training for every customer that signs up , and despite spending little time on marketing, and with no dedicated sales team, it’s experiencing 20% growth month-on-month. It’s already signed up a number of clients in Western Australia, and a few in other states, including the likes of Rio Tinto, Monadelphous Group,Tasman Civil and R.J Vincent and Co.

Among the evidence it’s presenting to investors are its customer acquisition figures. Edwards says it costs $500 to acquire customers that offer a life-time value of $18,000.

Recently the startup welcomed Giles Everist to its board as a non-executive director. Everist  brings over 25 years’ experience in the financial engineering and resources sectors and currently sits on a number of listed boards.

This Series A round, will be the first time the startup has raised external investment. The capital will be used to help fund continued growth outside of Western Australia.