Are you ready for “emotional crowdsourcing”? This startup hopes so 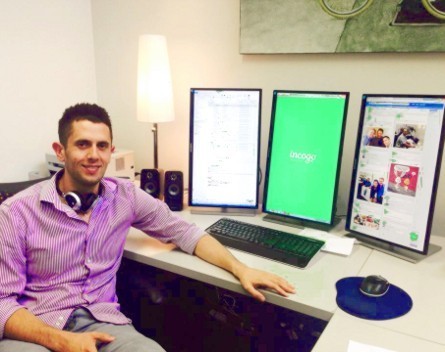 The latest – Melbourne-based startup Incogo – is a social media platform that wants to make online interactions more “powerful, purposeful and personal”, according to founder Daniel Millin, and he’s going to do that through “emotional crowdsourcing”.

It’s been designed specifically to enable friends and family to share everything they’re doing in their personal lives through “journeys”.

Users post journeys, like ‘conquering my fear of heights’, then their friends are able to follow and support them on their quest to fulfil that journey.

Millin says it’s not about lifetime goals, but for everyday life, and he doesn’t see Facebook or Twitter as competitors (though it’s more likely they don’t see him as one, given the domination of these players).

Users can post journeys, which by default are set to private, and choose those friends they’d like to share them with, or make them public if they wish.

“There can be real beauty in a public journey,” Millin says.

“My vision is around the world, any ordinary person could do something extraordinary and the whole world could come on board and support them in that journey. It’s like emotional crowdsourcing.”

Wittenberg provided the startup with seed funding, although Millin would not to disclose the terms.

In 2008 Millin founded Mediaverse, a company news media evaluation and digital reporting service for brands, and it’s since grown to count the Australian government, Telstra and AAMI as clients. It’s this knowledge of corporate brands that Millin says has the potential to provide the path to monetisation for Incogo.

He says the platform will always be free, and he wouldn’t look to advertising like Facebook, rather corporates could start their own journeys, as a very particular brand of advertising.

“They could create a unique journey that matches their campaign’s values,” he says.

“The corporates that will win on Incogo will be the ones that create the most meaningful content.”