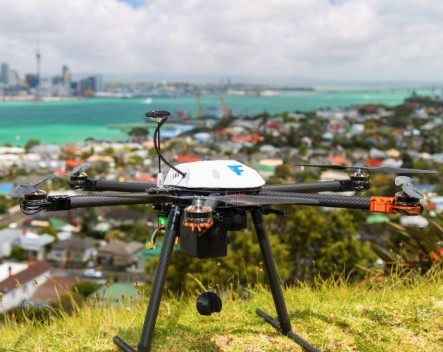 Sydney startup Flirtey is one step closer to achieving its goal of running the skies with drones after successfully completing a trial with New Zealand’s national search and rescue organisation.

The company, which hopes to use flying robots for commercial on-demand deliveries, assisted New Zealand Land Search and Rescue in their bid to find a missing person near Lake Roxburgh on the South Island.

“While other companies have been engrossed in regulatory wrestling around the world, Flirtey has laid the groundwork for our drone delivery service with the support of the Civil Aviation Authority,” he says.

“Flirtey is the world’s first commercial drone delivery service and was founded with the vision of revolutionising four industries – humanitarian, courier delivery, fast food and online retail. This trial is an important step to bring this vision closer to reality.”

Sweeny is adamant we will soon see drones put to common use in populated areas.

“Flirtey has now secured country-wide insurance coverage for drone delivery operations… and received the support of key commercial partners and the US Consulate Commercial Service,” he says.

“This represents a springboard for Flirtey to launch a world-leading commercial drone delivery service.”

Mike Ambrose, group support officer at New Zealand Land Search and Rescue, said in a statement his team was “very impressed” with the drone technology.

“Our members have a great deal of interest in technology that may assist them in helping lost, missing and injured persons,” he says.

“Everyone was very impressed with the quality of imagery that was captured and were in no doubt that the technology has the potential to find people quickly if it is durable, reliable and well directed. The ability to deliver packages – such as a two-way radio – to parties that have been located is another exciting possibility.”

The regulation surrounding remotely piloted aircraft has been a hot topic in the past few months, with Australia’s Civil Aviation and Safety Authority set to overhaul the rules governing drones weighing less than two kilograms in the first half of this year.