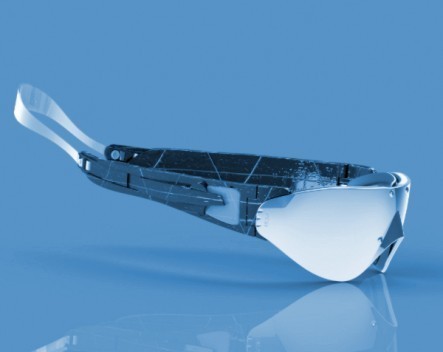 Two Aussie entrepreneurs are hoping to successfully crowdfund sunglasses that convert into safety and underwater goggles at the push of a button.

Rafael Kimberley-Bowen and his technical co-founder Lee Batey have patented a design for glasses that can be instantly turned into goggles in the event of dangerous conditions or even an emergency.

The pair are now asking for just over $US32,000 on Kickstarter to turn Batey’s invention into a scalable business.

Kimberley-Bowen told StartupSmart the Sealz rapid transition glasses have caught the interest of the military as well as athletes who compete in triathlons or love snowboarding.

“It comes with a number of different applications – safety goggles or underwater goggles,” he says.

“It ranges from the military, to health and safety and sports markets. In particular, adventure sports and water sports… but we’re being cautious about limiting ourselves to one particular market from the outset.”

Crowdfunding will allow the entrepreneurs to test the market and receive valuable feedback on their product.

“You suddenly need to become an expert in marketing, in manufacturing, freight and logistics,” Kimberley-Bowen says.

“But it’s been a good adventure and we’re 15-20% funded and it’s only been a few days. I believe crowdfunding is a great way for people to get behind Australian innovation and Australian startups.”

They have since decided to pledge 1% of their company’s profits – as well as 1% of the funds raised on Kickstarter – to Soldier On, an Australian charity that helps support physically and psychologically wounded soldiers who are integrating back into civilian life.

Kimberley-Bowen says the biggest hurdle for their business venture so far is adapting the product to their target market.

“If we try to be all things to all men we’ll fail,” he says.

“So it’s about trying to get as much feedback as we can, but not losing ourselves down a path of trying to incorporate every single feature because eyewear varies so much from application to application.”