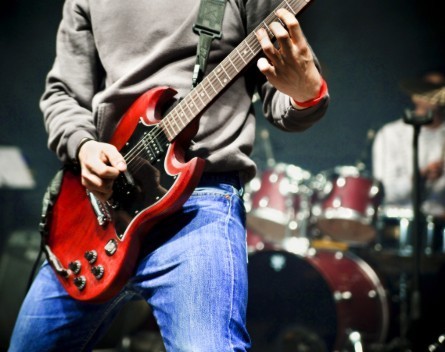 A new Australian startup is set to launch that will give consumers the opportunity to purchase audio from live concerts they attend.

Founded in July by a team of individuals with deep experience in the music industry, OpenLIVE has already secured $1 million in seed funding.

OpenLIVE is partnering with venues all over Australia, allowing them to record live performances and upload them directly to its cloud platform. Users are then able to purchase those specific live performances, whether it’s a concert they attended and want to remember, or one they missed and heard was great.

The co-founding team includes Andy McIntyre, Simon Tait and Gary Dunn, who have combined 80 years’ experience as musicians and over 60 years’ experience working in the music industry. Richard Powell brings technical expertise to the founding team having held roles in IT and development, while David Easton, Sabir Samtani and Matt Hill run digital marketing agency REBORN.

“We’re not looking at becoming the next Pandora, Spotify, or iTunes, we want to specifically position ourselves for people who really like their live music and audio files,” Hill says.

“If you go and see a band, you may only see that band once in your life. If you can get a recording of that live performance in high definition, then it’s quite a special proposition.

“We have a few altruistic motives for the business, we’re not just in it to make money, although of course that’s key ingredient of any successful business.

“What we’re doing is we’ll provide a greater percentage of revenue to the performer, the labels and also to the venue.”

The startup will make money by taking a small cut from the sales, although Hill wasn’t able to say exactly how those profits would be divided as negotiations are continuing. He says it will primarily be a high volume play.

OpenLIVE has already secured deals with many of the major venues in Sydney and Melbourne, Hill says, and is on the way to doing the same in major cities across the country.

Its seed investors include director of JPJ Audio, Bruce Johnston, a sound engineer who has worked with the likes of Oasis, Crowded House, Midnight Oil, Silverchair and Paul Kelly.

“It’s definitely our relationships that are going to make this work,” he says.

“Our tech is also important, being able to upload straight to the platform is critical. What we have is quite unique.”

OpenLIVE will look to expand aggressively into international markets, shortly after its Australian launch.