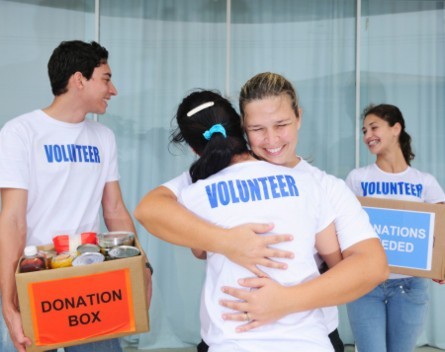 Want to volunteer for a charity or cause you believe in, but concerned about the lack of hours in your day?

An Australian startup by the name of Communiteer is looking to connect skilled professionals with low-commitment, short-duration volunteering work.

Co-founder Victor Lee told StartupSmart he and his other founders, Vincent Feng and Revsion Tam, all juggle full-time work with the startup on the side.

“We’ve all been through the whole graduating from uni, working for a good eight to 10 years and trying to find a way where we can balance our daily lives and contribute to the community with whatever spare time we have,” he says.

“What we’d like to do is target skilled professionals – whether that is the newer generation between 21-30 or recently retired professionals – with a new way of volunteering so they can contribute to the community in a way that matches their cause and skills.”

Lee says the startup is not trying to compete with traditional volunteering, but rather allow people with limited time on their hands to assist not-for-profits in a way that they might not have thought was possible before.

“For our system we used a principle called micro-volunteering where we try to break down the whole project into bite-sized chunks so that people can find the chunk of work that relates to their skills, passion and availability,” he says.

“Together all these volunteers can complete a major project. It’s a hybrid between crowdsourcing… and also the more traditional way of a Seek job board where people apply for those positions.”

Lee says the team will spend the next five months refining a beta and pitching to investors, with the aim of launching publicly at the end of this financial year.

“At the end of the day we’re not here to make millions and sell it off,” he says.

“It’s more about doing it on a cost-recovery basis so we’re not too much out of profit. On our platform, the volunteer skills and the time they contribute are the unifying quality – just because you’re a graphic designer doesn’t mean your skills are worth less than a lawyer just because in the real world your billing time could be four times the difference.”

According to Volunteering Australia, 6.1 million Australians over the age of 18 participated in voluntary work in 2010 – with women slightly more likely to give up their time for a charity or not-for-profit than men.