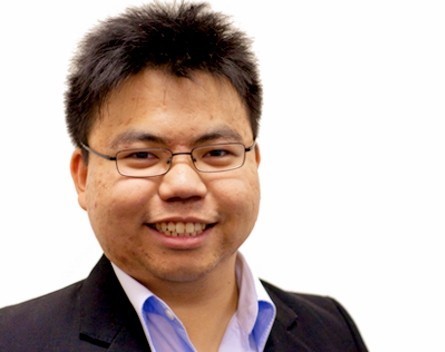 OrionVM, an Australian wholesale cloud infrastructure-as-a-service startup is set to embark on a Series A funding round and is looking to raise upwards of $5 million.

The company was founded in 2010 in dorm room of Sheng Yeo co-founders Alex Sharp and Joseph Glannville, who has since left the company, while the trio where studying at the University of Technology Sydney. It’s generating plenty of revenue and has raised a little under $1 million in seed funding.

About a year ago, it set up offices in Silicon Valley to help grow the business in the United States.

“We’re more or less bootstrapped,” Yeo says, shortly after speaking at the Australian Computer Society’s Youth Festival of ICT in Melbourne on Thursday.

“We have a little bit of capital, but if you take our total investment pool, Orion has generated many times our capital raised. Which means we’ve just reinvested our revenue to grow the business organically, but we need to invest ahead of the curve, rather than behind the curve.”

The startup is trying to raise money both in Australia and the United States, although given it wants to raise between $5 million to $10 million, Sheng says it’s more likely to come from Australian investors.

“If you’re doing a raise in the United States, a lot of the VCs want to put in a lot more,” he says.

“And that’s the big thing. We don’t think we need $20 million, $50 million, $100 million right now. There’s a big trend in the US, from what we’ve seen, in that a lot of people want to do Series B and above. A lot of it is de-risk. That scale up phase is risky to a lot of investors and they don’t want to do it.

“Also if you look at the big funds in the US they’re usually over a billion dollars and they have between five and 10 partners, and each partner will do three deals a year. Do the math – they need to invest $20 million or $30 million to get the return they want to.”

Cloud computing has come a long way over the last few years, Sheng says, and the startup is benefiting from the fact that it’s a very competitive space.

“The first question we always get asked when we talk to anyone is, how the hell are you competing with Amazon,” he says.

“The key thing is, what we’re doing is building cloud platforms for every other person that’s suffering because of Amazon. Think of telcos, all those people that are losing revenue because of these cloud guys and need a solution; we basically empower them to do so. So rather than say we’re a cloud provider, we’re a technology company that powers other IT companies.”