Australian-developed Clever Buoy aims to protect both sharks and swimmers 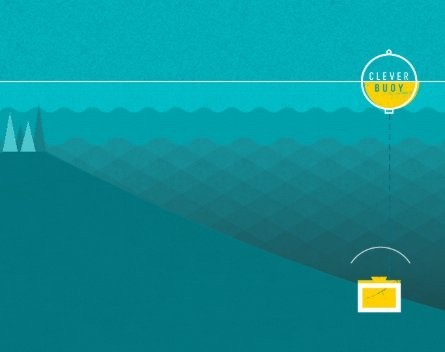 An Australian biotech startup has developed a buoy which is capable of detecting sharks and warning lifesavers of their presence.

Perth-based Shark Attack Mitigation Systems has developed a Clever Buoy with the help of Google and Optus, which uses sonar to detect sharks by identifying their unique swimming patterns in the water.

The hope is the technology can be used to protect swimmers from shark attacks and sharks from culls, like the one currently being enforced by the Western Australian government.

“It was really off the back of all the activity both here in Australia and globally with increasing incidents of shark attacks,’’ he says.

“We’re based in Perth, in WA, which unfortunately had quite a substantial rise in shark attacks and is known as the deadliest coast in the world.”

It’s long been in Shark Attack Mitigation Systems’ mandate to protect swimmers from shark attacks and, with the help of the University of Western Australia, the company produced a range of apparel designs that confuse sharks’ senses. They licence those designs out to a number of ocean apparel companies.

“We’ve been looking at other alternatives to protecting people, and also protecting sharks, and one of those is sonar,’’ Anderson says.

“Historically sharks have been quite difficult to see with traditional sonar technology, they are the ultimate apex predator, they’ve evolved over a long time to be quite invisible.

“We’ve basically taken some work that has come out of the oil and gas industry and developed some new software that allows sharks to be recognised by sonar based around their swimming patterns.

The prototype was developed in conjunction with Google and Optus which has enabled an alert to be delivered by satellite to the shore when the Clever Buoy detects a shark.

The hope is Google+ could be eventually used to alert relevant audiences to the presence of sharks at certain locations.

Currently lifeguards rely on traditional methods like sitting atop a tower on the beach, or in a helicopter to keep on the lookout for sharks.

“We’re aiming over the next summer in Australia to be running a long-term commercial trial,’’ Anderson says.

“The application of it is obviously global. While your chances of getting attacked by a shark are extremely small, a product like this is going to give consumers and the public more confidence to get in the water.”