Australian launch in the offing for Lyft, according to executive from partner app Moovit 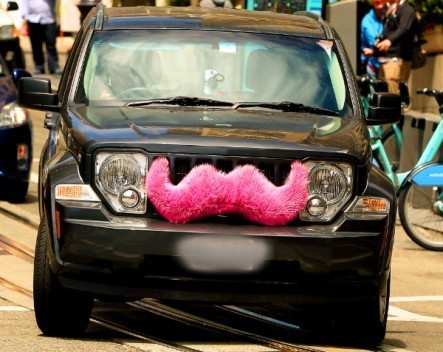 A portion of transportation network startup Lyft’s recent $500 million Series E capital raise will be allocated to an Australian launch, according to an executive of Moovit, a startup that has partnered with the Uber rival.

Alex Torres, head of global product marketing at local transport app startup Moovit, which has partnered with Lyft, says the capital from its latest Series E round will be used to launch the startup around the world, including Australia.

While Rakuten, the lead investor in Lyft’s latest Series E round said the capital would be spent on international expansion, there’s been little indication from the startup where or when that might occur. Recently Lyft founder Logan Green said an international expansion could be happening soon, hinting that China and Japan are among its first destinations, but a spokesperson for the startup says it’s not planning to expand to Australia at this time.

The Moovit app uses crowdsourced and publicly available information about public transportation networks to provide users with detailed information as to how to best get where they want to go. The Israeli startup is currently available in over 500 cities and 45 countries. It began operating in Australia in beta mode six months ago, but launched officially on Tuesday.

The startup announced it had raised $50 million in a Series C funding round in January that valued the company at $450 million. The Moovit app is free to download and while it crowdsources information like congestion data, cancellations and services changes in order to make its directions more accurate, Torres says it will never sell its users’ data. Instead, monetisation will come via a number of integrations with private transportation networks like taxi companies.

One such integration is Lyft. In the United States, Moovit has partnered with Lyft so its users can book a Lyft ride through the Moovit app. That partnership means that when Lyft does arrive in Australia, and there’s no indication when that might be, thanks to Moovit, the startup will have 200,000 potential customers, before any Australian has downloaded the Lyft app.

“We have a lot of similarities because they believe in a community-based product too,” Torres says of Lyft and Moovit’s partnership.

Torres, who joined Moovit six months ago after nine years working for Google on products like Google Maps, is pleased with Moovit’s entry into Australia.

“We’re extremely happy with our initial results in Australia. We decided to a beta version of our product here. Have the product available, not properly launching it, nothing influencing it just to ensure that the data quality was going to be good. And also to get initial feedback from users,” he says.

“That was, I would say, mission accomplished. It’s a very big number, if we compare (Australian adoption) to France, we’ve been there for two years. In France in two years we currently have 300,000 users; 200,000 or something, all in Paris. We’ve got 200,000 users in Australia. Without even saying anything about it, haven’t engaged with press or anyone. It’s very quick adoption.”