How I Did It, Innovation 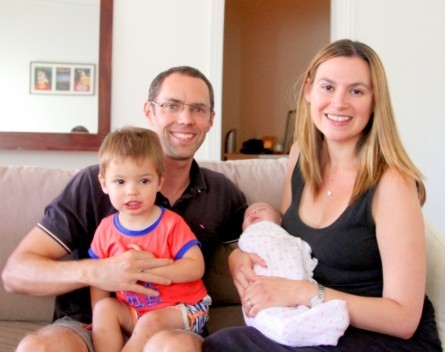 A Melbourne-based startup is looking to help users build healthy habits so they can strike the right work-life balance and live happier, healthier lives.

Husband and wife duo Chris and Tena Davies founded wellbeing app Inhabit through the desire to improve their own work-life balance. Chris told StartupSmart he and his wife – who is a trained psychologist – were inspired by how small habits can lead to big improvements in people’s lives.

“Over time I’ve been quite interested in fitness and health and overall wellbeing,” he says. “I’ve seen the impact of making small behavioural changes that can become habits that help you sustain healthy living.”

Davies hopes that among a wide range of health and fitness apps, Inhabit will stand out through its ability to motivate people through “small, habitual” changes to their everyday routine.

“We’ve found we’ve been able to make simple changes in our own lives,” he says. “Our users meditate, floss, walk to work, spend time with important people, eat fruit, practice gratitude and many other positive habits. It is a great motivator that we help people make lasting positive changes leading to health and happiness.”

The pair has been bootstrapping and while Inhabit is currently only available on Android devices, Davies says they plan to launch an iOS version soon.

“Mobile development now is relatively inexpensive,” he says. “So the concept for me was to develop a simple prototype and improve and refine.”

The app was launched in April and has had a couple of updates released since then, with another one in the pipeline expected to come out this month. His advice to fellow entrepreneurs is to start small.

“Create a minimal viable product, demonstrate the concept works and go from there.”

The app has had more than 1000 downloads and Davies hopes to include social integration so users can share their progress and support one another.

“We’d love to integrate with some wearables in the future,” he says.