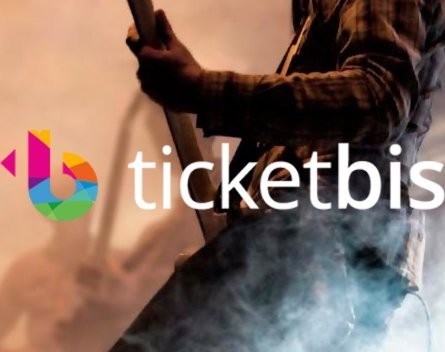 Global online ticket seller Ticketbis has entered the Australian market, estimated to be worth around $90 million a year.

The online platform allows people to securely buy or sell tickets for all types of events, offering more than one million tickets for international events, claiming to make it easy to attend events anywhere over the world.

The business will spend the first year in Australia building its brand and becoming known as a secure platform, rather than trying to capture market share, country manager for Australia, Gonzalo Garoña says.

“Customers are constantly searching for more secure ways to make these types of transactions online, because in the past year there have been many cases of fraud on sites like Gumtree and eBay, and they are searching for platforms that offer security and guarantees.

“We want to become known as the best alternative to the problem of recuperating your money if you have a ticket for an event you can’t attend.”

The co-founder of Ticketbis, Jon Uriarte, says the Australian market has a lot of potential for the business.

“Firstly, Australians are known to be big consumers of live events, with over 80% of all Australians attending live concerts every year. Secondly, the biggest international tours and the world’s most important sporting competitions all take place in Australia’s biggest cities,” Uriarte says.

“We aim to put an end to unsafe scalping that takes place on the street, which is fraudulent, insecure and doesn’t have any guarantees. We provide a solution that’s secure, easy and offers complete guarantee for the buyer and the seller.”

Ticketbis, which made over $39 million in 2013, is mapping out an Australian marketing campaign using online campaigns, search engine marketing and affiliate marketing.

Uriarte says that Ticketbis offers a solution to two distinct problems. On the one hand, people can search for tickets for events that have sold out, or tickets in a situation that maybe aren’t available elsewhere, such as front row seats.

“On the other hand, there are millions of users on Ticketbis, meaning anyone who does have a ticket for an event they can’t attend can put the ticket up for sale and recuperate the money that would be lost otherwise,” Uriarte says.

Even though the secondary ticketing market has been around for over 10 years in countries like the US, the challenge is to clearly explain that consumers can buy and safely sell tickets that can’t be used, Uriarte says.

“This was the case in many South and Central American countries such as Mexico, which is now one of our top performing countries.”

Ticketbis has nearly 300 staff. Hiring local talent with local knowledge of the market has been a key plank in its growth strategy, Uriarte says.

“Our strategy has always been to think global, act local. The local talent has been the key to expanding into new markets. They have helped us to understand the market and the details that are specific to every country, but without losing sight of our global strategy that guides the development of the company.

“For example in the majority of the world, Google is the most important search engine, but in South Korea, Naver is the most used, with almost 80% market share. Moving into South Korea, it was extremely important that we were appearing in those searches,” Uriarte says.

Ticketbis was founded in December 2009 and became a market leader in Spain in the first year.

It currently operates in 29 countries and is the market leader in Southern Europe and Latin America.