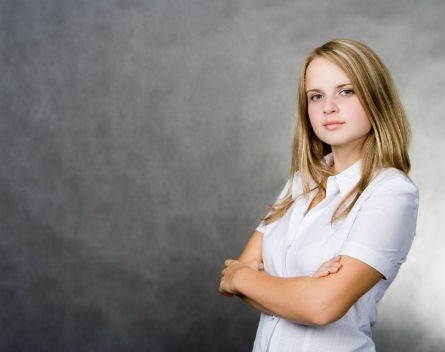 It’s the stuff that makes you look good, and your life and job easier, that really matters when it comes to technology.

Online tools that are not only easy to use, but fun and enjoyable at the same time. Things that offer a smooth, intuitive and beautiful end-user experience that don’t require a short course or YouTube clip to master.

And I’m so happy to see that two such tools are being developed locally, and led by female entrepreneurs.

This fact alone proves that tech companies (like all companies) will see their products benefit from a diverse range of inputs during development. Increasingly, truly scalable ideas must have a feminine touch, or risk missing 51% of it’s target market.

So who are these women doing some seriously disruptive work?

Well they’re not the household names you already know about.

On Tuesday, online design tool Canva announced it completed a $6 million investment round ($7.7 million), and launched its suite of design tools for business www.canva.com/work. It already has 2.4 million users worldwide (65% who’ve signed up in the last six months), three global offices (including in Sydney) and a team of 42.

Canva’s CEO and co-founder is Melanie Perkins, who came up with the idea for creating simple-to-use design tools for non-designers which teaching graphic design at the University of Western Australia. She originally partnered with Cliff Obrecht to launch Fusion Books, an online program for schools to create year books. Later, they connected  with former Google guy Cameron Adams to go one step further and ’empower the world to design’.

Canva’s on the list of online tools that have actually made my life and work better. Yes, designers might be horrified by what I’ve produced using the platform (which can manage everything from presentations to infographics and other images) but it gets the job done quick and easy for me.

Ivvy’s Brisbane-based creator Lauren Hall has her eyes set on a $1 billion exit for the business. She’s been working on it — albeit in different version — for seven years, after experiencing frustrating challenges while organising her own events. Having just secured a number of global venue chains, Ivvy looks set to change how we manage, procure and secure event-based services and suppliers.

Away from Melanie Perkins and Lauren Hall, there are many, many other women doing some seriously disruptive work in technology in Australia. All at varying stages of their startup journeys and with different problems to solve.

Two I want to mention here are Marnie Shanahan and Sarah Liu.

These two had just the barebones of a business idea back in November when they pitched in front of our panel of judges at the Rexona Clinical Women’s Agenda Pitch Off.

But they were good ideas with serious potential, inspired by personal needs and stories.

Less than six months later, those ideas are gearing up for launch, with significant milestones reached in the last couple of weeks.

Shanahan’s business is The New Kid, is a platform that connects safe and legal internships with students. Still in her early twenties, Shanahan has taken the idea to New York in recent months, where she’s developing it further and has just launched its website.

Liu’s business is Gemini3, a platform promoting, educating and connecting people around job sharing opportunities. Gemini3 (initially called ‘The Dream Job’ when she pitched it) is the latest in a series of initiatives for Liu, who is running a number of companies and fast proving herself as a formidable entrepreneur.

A great idea solves a serious challenge. Liu and Shanahan, like Melanie Perkins and Lauren hall before them, are determined to offer solutions.

And a great solution has a feminine touch.

This article was originally published at Women’s Agenda.