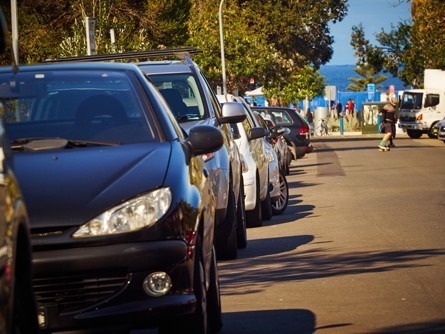 New startups must have the confidence to ask others for help, says the man responsible for an online community connecting drivers with car space owners.

Nick Russell, founder of Carparkit, says he was very aware of his own strengths and weaknesses when creating the platform and called upon mentors outside his area of expertise to assist in the development process.

Among those contacted by Russell was M H Carnegie & Co investment director Mark De Ambrosis, who offered him business advice, and web developer Josh Doolan, who assisted with the look and feel of the Carparkit site.

Russell, whose background is in financial modelling, says he’s seen many entrepreneurs withhold their ideas for fear of having them stolen. But he encourages startups like his to seek advice from mentors.

“Ask questions if you need it,” he says.

“That’s probably my biggest advice for other people.”

Russell has also been able to draw on the experience of those closest to him. He says his girlfriend, who works for a public relations company in Sydney, has offered her expertise. In fact, it was her brother that first inspired the idea for Carparkit.

“He had just moved back from New York, and was looking to buy a place in Sydney’s eastern suburb,” Russell says.

“He was saying how much more expensive Sydney parking is than New York’s.”

Motivated by the success of accommodation-sharing platform Airbnb, Russell set out to connect car owners with people in possession of unused parking space. Carparkit allows hosts to set the price for their car spot, with Russell’s site taking a flat fee of 10% from every booking.

He thinks it’ll be especially popular during peak times and in areas near major sporting venues.

Just last weekend, Russell found himself unable to find a park near Bondi Beach, another locale he’s looking to target.

“Another thing that we’re looking forward to doing next footy season is allow people to instantly be able to offer their driveway if they live nearby. For example, the MCG is an incredibly residential space,” he says.

Russell says another concern for car owners is their vehicle’s safety, recalling the experience of an electrician he used to live next door to in Brisbane.

The tradesman didn’t have off-street parking, and would often find valuable tools and material stolen from his ute. Russell and his partner offered him the use of their garage for $40 a week.

He says Carparkit will offer users access to secure spaces, which the company will monitor by requiring hosts to upload pictures of potential car spaces.

Car parking is just the start for Russell. Eventually he’d like users to be able to share jetties and marina moorings, as well as storage facilities.

“If someone has a secure lock up space, someone with a weekend boat, car or even a bike should feel comfortable using that,” Russell says.

“And if people are comfortable in renting out their driveway or space, it’ll really help them. And extra $50 a week helps.”

Just like the group Russell created around his idea, the founder seems most excited about the social cohesion Carparkit will create.

“Our focus is to grow a community,” he says.