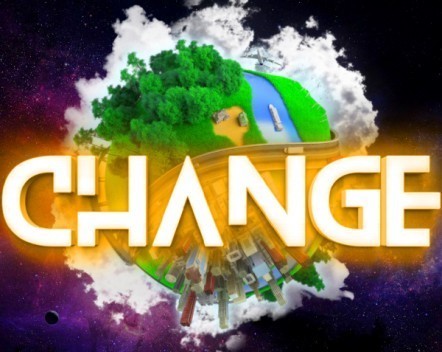 Two Brisbane university students are developing a mobile strategy game to help inform people about the effect climate change can have on their city.

Change, an app that will be available on smartphones and personal computers, will allow players to guide their city through global warming by developing clean energy and upgrading technology while at the same time trying to survive natural disasters.

Chris Schimkat, co-founder of Chromatic Digital – the Queensland startup behind the game – told StartupSmart he hopes the game will help educate people about all the different sectors that can help but also hinder the fight against climate change.

“It’s a mobile online strategy game where players have to battle against politics, industry, finances and the environment to beat climate change,” he says.

“You’re running your own city and have to make decisions and battle your friends at the same time.”

Schimkat, who is studying technology and business at RMIT, says he got the idea for the game after watching a documentary about how greenhouse gas emissions are harming the environment.

“That was the moment when I thought I want to do something about this,” he says.

“I’ve also got a bunch of friends who are studying ecology and conservation as well, so they’ve been helping a lot to teach me about climate change.”

Schimkat and his co-founder Mike Powell are hoping to raise $60,000 on crowdfunding platform Kickstarter in order to develop a beta and test the final product.

“It’s a good platform just to get your name out there more than anything,” Schimkat says.

“The funding is great but also the exposure you get for that.”

The pair are also committing to planting one tree through a government initiative for every $5 that is spent on in-game purchases.

“Sometimes people feel bad if they’ve spent money on a little game, but they’ll feel a lot better about themselves if it’s gone to something a bit more important.”