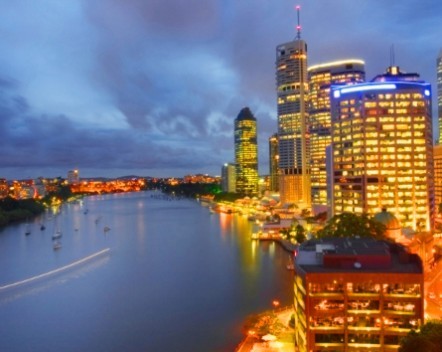 It’s been a big couple of months for Brisbane employee training startup GO1, which has just closed a $US1 million ($A1.36 million) investment round, as it works towards graduating Y Combinator’s summer program.

The round was financed by Australian entrepreneur and investor Steve Baxter and Sydney venture capital firm Tank Stream Ventures.

GO1 co-founder Andrew Barnes says the cash injection will help grow the startup in Australia and around the world.

“It’s brilliant to have a tech and business-mind like Steve on board,” Barnes says.

“We are beyond excited to see continued global expansion.”

Baxter says GO1 has lots of room to grow.

“GO1 is a rather brilliant startup concept with huge market potential,” he says.

“It also has a strong team of entrepreneurs behind it, with each of the cofounders bringing a unique and advantageous skill set to the table.”

The platform launched in Australia a year ago, and now has over 150,000 users across the world. It has annual revenue “in the millions” and employs 50 people across Australia, US, and Vietnam.

GO1 co-founder Andrew Barnes says it’s already been a big help with expanding to the US.

“We were one of the more mature companies coming into YC, and we saw it as a great way to enter the US market,” Barnes says.

“It’s a very good network for that. It’s been very busy, but the good type of busy.”

As part of the YC program, the startups receive a small amount of funding and move to Silicon Valley for three months, where they work with the team and pitch to potential investors.

“It’s much more light-touched than a lot of the other ones. It’s whatever you put in, that’s what you get out. No-one’s going to give you a free ride,” he says.

“There’s very little telling you what to do, it’s more focused on what you shouldn’t do.”

The plan is to stay in the US once the YC program is finished, Barnes says.

“We’ll continue with an office in the US, most likely in the Valley here,” he says.

“We’re going to continue putting the foot down on the accelerator.”