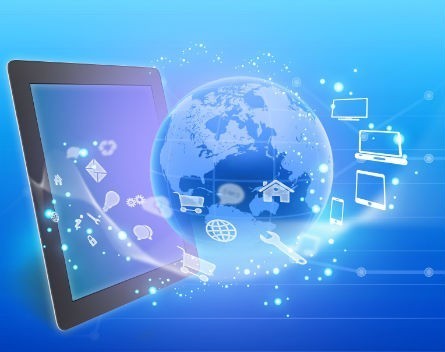 “The next day I quit my job. I remember walking home that night and thinking I felt incredibly privileged to be living right at this point and I was going to see has the internet would unfold,” he says.

Lyseggen, the founder and CEO of media monitoring service Meltwater, was describing his first encounter with Netscape 2.0 in 1995 while working on artificial intelligence at the Norwegian Computer Centre.

Today, Meltwater has 1100 employees in 41 cities across 21 counties and Jorn spoke to Decoding the New Economy in the company’s San Francisco head office last week.

Having quit his job as a researcher, Jorn became what he describes as ‘an internet evangelist’ in the early days of the Norwegian web and founded a series of online businesses including Norway’s first web mall.

The fourth business Jorn set up was Meltwater which they originally operated out of a shed in a disused shipyard, Shack 15.

“We got free office space from one of my former clients,” he recalls.

The old customer also gave them 25 old computers which they patched together to become the company’s first server farm.

“Our aspiration originally was to create the world’s smallest software company,” recalls Jorn.

“We wanted to be four engineers creating the most sophisticated technology in our industry then we would sign up re-sellers then sit back and watch our revenue go through the roof.”

At the time media monitoring was largely made up of clipping services that would hire armies of contractors to physically cut and paste newspaper articles.

“What we wanted to do was build software that could keep track of everything that was published online,” Jorn explains.

“When news started to come onto the internet then you could start to analyse it automatically. We thought there would be a better way to do this with algorithms and software.”

It turned out however the plans to have a small software company didn’t work out.

“We poured our heart into our technology for the first year and then we got really excited when we signed up two really respected re-sellers in the Norwegian market,” Jorn says.

“They presented to 1500 companies, which is a really big number in Norway, and the results were devastating with 1499 ‘no’s and one maybe.”

For Meltwater’s founders it was a time for re-evaluating the idea.

“That was a pivotal point in the company as we had to ask ‘is this a business?’. What we realised was that we were too focused on the technology and what clients are really worried about at the end of the day are the pain points.”

“Once we did that switch we started to get business and then we grew very quickly so instead of being the smallest software company in the world we set out to become the biggest in our industry.”

From there the spread across Northern Europe and the UK, “every time you start up in a new country it’s like starting a new company,” Jorn says.

Strangely it was Germany that proved to be the most difficult to break into.

“It’s counterintuitive, you’d think the shared culture would make it easy for a Norwegian company. It wasn’t.”

The big move though was the United States, on the basis that any company with global aspirations has to be in the world’s biggest market.

“Norway is a small country, we used to joke there are bus stops in New York with a bigger population than Norway.”

Jorn was surprised to find the US was an easier market to break into than the United Kingdom or Germany.

“I love their open-mindedness and the welcoming factor of the US culture,” he says.

Hiring as a key factor

Choosing the right people is the key to business success Jorn believes, with local hires being essential when expanding into foreign markets, “You need some local credibility.”

More importantly though is the importance of getting the right people early in the life of a startup business.

“It’s all about culture. Make the first five to ten people the base for your platform.”

Having the right people also made it easier for his management team to delegate as executives focused on the international expansion.

“We’ve got really smart young people working here, they don’t miss me when I’m not around,” he says.

“Back in the day it was considered you started a company because you couldn’t get a job,” Jorn laughs.

“I’m the first to encourage entrepreneurship but it worries me when it becomes trendy.

“It’s important that entrepreneurship doesn’t become too romanticised. Because it’s really hard work and most startups fail and most people have to work for years while barely getting by financially and it’s high stress.

“I never saw myself as a business person. I had a healthy scepticism to the commercial world, that’s why I became a research scientist because I thought it was a better use of my time.”

However, the revelation of Netscape 2.0 changed all that, “it really blew my mind,” he grins as he recalls how he decided “the best way to be part of this was to be in my own business.”

Building your own business though is not an easy process and there’s tough decisions to be made.

Jorn though believes that the hardest times running your own business are not when cash is tight but when the tough decisions have to be made, “sometimes you have to make calls that are challenging.”

Paul travelled to San Francisco as a guest of Oracle