Business sale leads to a bountiful hamper for food startup 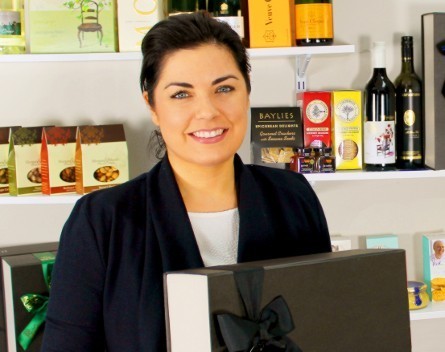 Venture capital isn’t the only option to fund a startup’s growth. That’s the lesson from entrepreneurs David Morgan and Emily McWater, the founders of startup The Hamper Emporium and wholesale food business Kingston Foods.

Just as business was starting to grow quickly, they were presented with a seven-figure offer from a VC for a 50% equity stake in both companies. They thought long and hard, but decided to go another route.

“One of the things was they wouldn’t value us on predicted growth and the growth we’d already shown. We were doubling every year and only getting a valuation based on financial year 2012. The reasons we didn’t go with it wasn’t because we were getting hard done by. But we sat back and really thought about it and it was too early in the businesses life to give away 50% of our equity.”

Instead they made the daunting decision to forge on without the VC money and to fund the startups themselves. Morgan took out an overdraft on his mother’s house, and the duo signed up for new credit cards that offered the first six months interest free. While the hamper business was strong, cash flow wasn’t where it needed to be until the Christmas period.

“We put our heads down and scrimped and saved in every way possible,” McWater says.

“If someone’s going to do that, it does take a lot of forward planning. You have to know how you’re going to pay and what it’s for. We would sign up to credit cards, get the first six months interest free, until we got the rush of cash from the hampers.

“We never spent money on anything that didn’t make us money or improve the customers’ experience. We had a delivery van and that was my primary vehicle for the first five years. We never had funky offices.”

During the tough times, McWater says the most important thing was to ensure her staff didn’t go without and they were always kept in the loop.

“We focused heavily on our cash flow and I involved all the staff. I’d explain to them how the business was in a strong position overall, but you can have a strong business and not have money in the bank and we’d make a list about how they could help overcome that.

“It’s so important to give them total transparency. It allowed them to be fully on board and they knew I trusted them to make changes if they needed too.”

McWater and Morgan have since sold Kingston Foods, and she says with some relief that the tough times are behind them. They’ve been able to inject the money raised from that sale to help fuel The Hamper Emporium’s growth.

“To be honest, a lot of our challenges are in the past,” she says.