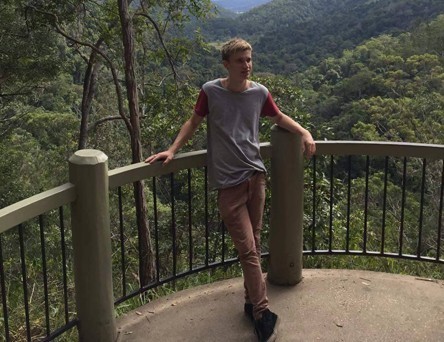 Sixteen-year-old Zac Darch was working two part-time jobs when he hatched a plan to turn the travel booking industry on its head.

While young people and travel are inextricably linked – from school exchanges to gap years – for the now 18-year-old Queenslander it’s about helping others go on holidays at a low cost and giving back to the community at the same time.

“Basically, we found Australians pay such a premium for travel,” Darch says.

“But Australians love to travel the most.”

FlightPenny works by selling customers packs of auction bids, at a cost of $1 per bid. They then place these bids on the site’s auction items. Every bid increases the price of the auction by one cent.

The Penny Auction style of online bidding has been very controversial in the past though, with many referring to it as a hybrid of auctioning and gambling, and some platforms even encountering legal troubles.

It’s not the first time Aussie entrepreneurs have tried out the platform for the travel industry either, with One Cent Flights launching in October.

This Life Hacker piece explains some of the pitfalls of the concept, saying, “you can potentially score a bargain flight through the service, but the odds aren’t good and it will cost you far more than one cent to do so”.

FlightPenny will officially launch on 15 November with the site is already holding a number of auctions, and Darch expects the number of users to grow to 7000 by Christmas.

“Once it gets going, it’ll kind of talk for itself. You’ll be able to go onto the past auctions page and see what people have paid,” he says.

“With that number of users, we predict there’ll be lots of competition on the auctions.”

Darch first came up with the concept in 2013 while he was in Year 11 at Villanova College in Brisbane. He was also working at Subway and McDonald’s, funnelling what little he could afford into the business venture.

“It was pretty crazy because not many Year 11s start their own business,” he says.

“Lots of the teachers offered their congratulations.”

He also says his family and friends have been a great source of support and feedback.

“When it comes to website testing, friends are always there to help out,” Darch says.

“Feedback from family and friends is always going to be more honest.”

But he’s not alone in this venture. The team behind One Cent Flights are actually assisting him with marketing, and he’s even attracted a private investor called Marcus Loscher, who Darch says is excited by the business prospects.

“He loves the concept because it’s so unique, and in Australia, it’s a clean slate,” Darch says.

“No one’s heard it. We’re really able to change people’s mindset about travel.”

All FlightPenny’s travel deals are sourced from STA Travel. Darch says he teamed up with the company because it offered him the best value and great customer service for victorious bidders.

Auction winners will be directed to STA Travel where they can book their travel dates. The travel agent has also dedicated a 1300-number exclusively for FlightPenny customers.

But Darch is not just setting out to be an entrepreneur. He’s already trying his hand at philanthropy. FlightPenny has committed to giving 10% of takings between now and Christmas to the UNICEF Champions for Children Syrian Refugee Fund, and is considering donating the end price of future auctions to charity as well.

Darch left university soon after enrolling to focus on his business and he subsidises his FlightPenny obligations with work in real estate.

But it’s the startup that excites him most.

“I have so much passion for business and I know how big FlightPenny is going to become,” he says.

“ I feel this business really is my passion and who I am.”