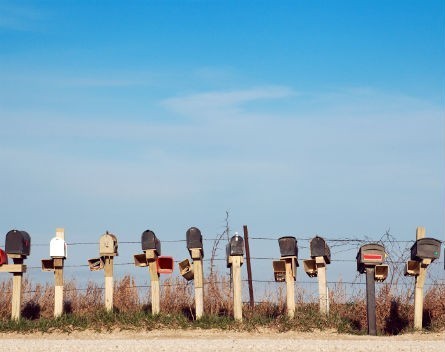 Missing a parcel will become a thing of the past if Shippit gets its way.

By integrating with online retailers and courier companies, the startup enables users to pick a three hour delivery time slot between 7am and 10pm. Buyers can track their purchase in real time through the website and have the ability to reschedule or reroute the delivery up to an hour before its arrival.

The startup is also developing a method to allow its users to change the delivery destination. Currently, Shippit’s service is available in Brisbane, Melbourne and Sydney.

Founders Rob Hango-Zada and William On say their service is for anyone who has shopped online and had a missed delivery. They want to cater to people who are looking for convenience while retailers can focus on their products without worrying about shipping.

“This is a turn-key solution for retailers,” says Hango-Zada.

“We work with local retailers who sell products like designer goods, homeware, jewellery and artwork. We are aiming for a couple of orders a week.”

Hango-Zada says that as people are always moving about, there is an issue of the customer going to Australia Post to collect parcels within a limited timeframe. On says that consumers today have different expectations.

“The whole courier industry is built for business-to-business transactions,” he says.

“They are trying to retrofit that model for today’s world and that doesn’t work anymore. We are infrastructure antagonistic and leverage what’s out there, without the high capital expenditure of Australia Post.”

Both say that Parcel Point, an Australian competitor which recently raised $7 million and has built a network of stores that provide after hour delivery points, does not afford customers the ultimate in convenience either.

“It is solving the same problem. But people don’t need to make the journey to the stores to pick up their deliveries. They should get it when they want it and at a suitable time,” On says.

“One still has to travel to a physical location. They are offering a value service while we are comparatively a premium service,” adds Hango-Zada.

While the startup has received an Innovation MVP Grant worth $15,000 from the New South Wales Trade and Investment agency, it is currently bootstrapped. They were among the top four finalists at the Innovation Bay angel dinner in Sydney last week. They are halfway through their first round to secure seed funding and are looking into marketing and customer acquisition. According to On, the sky is the limit.

“In Australia, there is lots of geography (to cover), lots of people and the labour costs are high, unlike in the United States. We have to prove ourselves here first before going overseas,” he says.