Creating a two-sided marketplace for your startup? Better start talking to your users 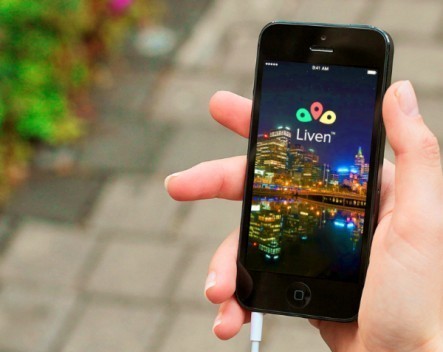 Scaling a two-sided marketplace comes down to a great user experience as well as “walking the pavement”, according to the co-founder of a discount food and entertainment app which has scooped up more than 30,000 users in less than 12 months.

Liven, a Melbourne-based startup, has processed around $750,000 worth of discounts for its users since launching in June last year.

Co-founder Patrick Gaskin told StartupSmart while competition among discount booking platforms is fierce, his app has managed to carve out a strong user base thanks to good design and a strong relationship with restaurants and getaway destinations.

“Our concept is probably not entirely new – people have played around with it and other lifestyle services before,” he says.

“Our differentiator is that the app is much more user-friendly from both the user perspective and the merchant perspective. It’s a win-win from both parties.”

Gaskin says apps that offer discount coupons are good at what they do, but Liven is trying to help the merchants it partners with generating loyal customers.

“They [other discount apps] got people’s eyeballs and made people aware of the restaurants, but the discounts were so steep that it almost made it not worthwhile,” he says.

“They would get a single visit but not build on that. People looking for a heavy discount go for the heavy discount, but then move on to the next business.”

Liven now has 190 restaurants and service providers on its platform, with more than 30,000 users. The startup’s user base is growing by around 25-30% each month.

“It got to that size pretty organically, but one of the challenges we had pretty early on is our infrastructure couldn’t handle the number of sessions we were getting on the app,” Gaskin says.

“We’re pushing a lot more aggressively now in terms of getting more merchants onboard and starting to partner up with more interesting partners. But the grander vision is to move outside of Melbourne and go to Sydney, Brisbane, Perth and Adelaide and also go overseas. We’re looking at Asia first rather than the US as it’s a very competitive market.”

Building up a two-sided marketplace is tricky, according to Gaskin, because if you don’t scale fast your business “can die a quick death”.

“We’ve gone and had very candid one-to-one conversations with merchants and built up a good rapport with them,” he says.

“But to get here has been a lot of hard work, a lot of walking the pavement. You can come up with a great idea, but unless you’re willing to back it and meet people face to face… you don’t have a product. I think that’s where some people struggle.”