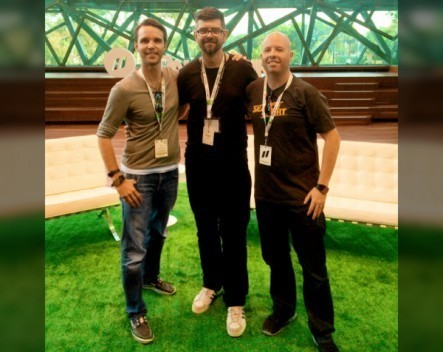 A Sydney startup focusing on wearable technology has announced a partnership with next year’s Pause Fest in order to streamline the event experience for attendees.

Lifeable, which was founded last year, will help the digital festival replace the traditional lanyards worn at most large conferences.

“So you’ll be able to jump on the train or bus and then go to your office or gym all with the one wearable device.”

Millward says the partnership with Pause Fest will allow the festival to streamline entry as well as harness real-time data from employees.

“This wearable device will give both speakers and attendees ease of access into venues,” he says.

“It replaces someone having a spreadsheet with people’s names on it. Straight away they are identified and can go give a talk or watch the event. In particular events they are then able to make sure in real time that they’ve got the right amount of people in that venue or that theatre to ensure they’ve got the right amount of people directing attendees around.”

The smart bands will be especially useful for those attending the conference from overseas, according to Millward.

“We could possibly have some Australian currency on the device, also a Myki card for Melbourne and we’re looking at an official hotel that will have NFC access for their hotel room instead of having to worry where their key card is,” he says.

“And for exhibitors there is the ability for attendees to share their information – so not share business cards but to tap on a reader device and share that information seamlessly.”