Deep impact: How an inventor turned his home into a scuba gear workshop 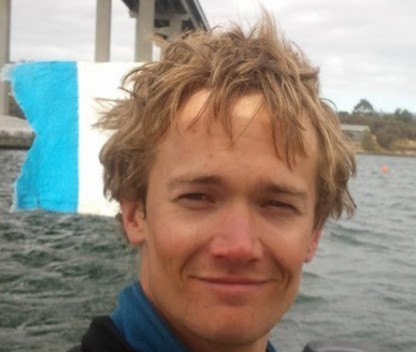 From the comfort of his own home, a Melbourne inventor is creating unique equipment for a niche group of aquatic explorers around the world.

“It brings together my passion for scuba diving and making things,” Fordyce tells StartupSmart.

Fordyce began scuba diving in 2007 and quickly advanced into technical diving, which includes longer, harder and riskier submerged practices such as cave diving.

“I tend to get bored quickly but it has been seven years and I haven’t become sick of diving yet,” he says.

Fordyce has created a catalogue of products in addition to custom-built equipment that he makes on client request.

All of this, he does in a self-built home workshop that he values at about $50,000 including tools and machinery.

“I’ve begged, made, scraped and found a lot it to minimise the outlay,” he says.

TFM Engineering caters to an intensely niche market of divers who have made it through the ranks to become advanced, technical divers, says Fordyce.

“The thing is first you become a diver and you buy your own equipment.

“And after that, that’s when you will buy some of my stuff.”

Fordyce says his business is generated through word of mouth, which works very well because of how specific his market is.

His consumer base is global with a majority of buyers based in Australia and the rest from a mix of places including UK, Hong Kong, India, Peru, Mexico and parts of Europe.

With the aim of growing his business organically, Fordyce has refrained from major marketing and advertising.

“I want to concentrate on quality and doing things properly,” he says.

Fordyce, who started selling and making things in 2012 before opening TFM Engineering Australia in 2014, says inventing and building things has always been a big part of his life.

“In primary school, I designed and built a 30-metre flying fox out of an old bike,” he says.

At the age of 20, he reconverted his room so it ran entirely on solar power.

“I just design what I want the system to do and I make it,” he says.