Do men need help buying gifts for the women in their lives? HappyWife thinks so 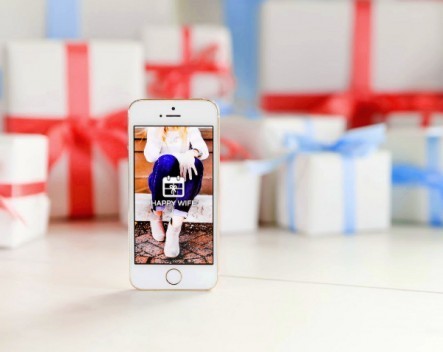 A Melbourne startup that helps men purchase gifts for women has been crowned the winner of this month’s TechCrunch Radio Pitch-off.

HappyWife, which launched in November last year, is a smartphone app that reminds users when a significant date is coming up – such as a birthday or wedding anniversary. The app then recommends a number of items to purchase and can have them gift-wrapped and sent straight to the user’s door.

Founder Tommy McCubbin told StartupSmart the thing that made him stand out in the 60-second pitching competition was the personal narrative and a good understanding of his audience.

“The secret was the story and my personal experience and how HappyWife solves a problem for me personally,” he says.

Asked whether women would like receiving a gift recommended by an app, McCubbin said the app has a range of features designed to make the process as thoughtful and unique as possible.

“We arm the guy with some facts about the designer or where the product has come from so when she opens the present he can say this candle was handmade in Fitzroy,” he says.

“There’s a constant churn of new stuff. Ultimately, we think there’s a lot of power in the card – the card is the time where you show how thoughtful you are. If there’s a cool product and a story behind it there’s no shame in using the app.”

McCubbin also says he is working on a similar app for men’s products and also one for children.

“But we’re focusing on female products for the next short while as I think the biggest problem to solve is one for guys.”

However, Amy Gray, columnist for The Vine and Guardian Australia, told StartupSmart the app was “stuck in the past”.

“No one appreciates getting a gift which has zero thought put into it by the gift giver,” she says.

“The point of a gift is that it’s not just ‘good enough’ but actually special, a token that shows how the gift giver feels about the gift recipient. If it’s a huge catastrophe that men don’t know enough about the people they’re in relationships with, they don’t need an app to fix it – they need basic communication training.”

Gray says more women are needed in tech – whether as developers, entrepreneurs, or investors.

“Men are better than this and women deserve more, whether it’s breaking through IT’s ceiling or getting a gift that actually means a damn.”

“I have four sisters, a wife, a mum, a mother and a mother-in-law. It’s perfect because I have to give a gift to a woman 26 times a year.”