How I Did It, Management 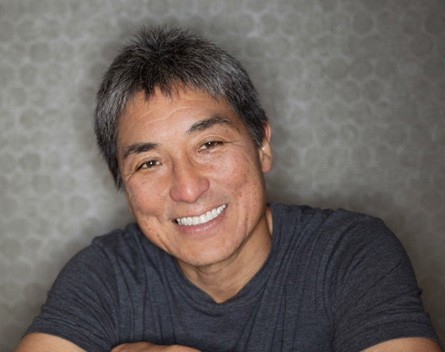 As an investor and former “chief evangelist” for Apple, Guy Kawasaki knows a thing or two about what it takes to build a successful company.

Speaking at the Wired for Wonder event in Melbourne last month, Kawasaki said entrepreneurs must focus on getting the nuts and bolts right before trying to build a multi-billion dollar company.

Otherwise, entrepreneurs are immediately setting themselves up for failure.

Here are Kawasaki’s top tips for creating and running a successful business.

1. Start with a simple question

Kawasaki said too many entrepreneurs think Steve Jobs set out to create the wealthiest company in the world from day one.

“They ask very simple questions. Stop thinking about how you’re going to control the world and create a multi-billion dollar company.”

Everyone has heard of a viable minimum product, according to Kawasaki, however an initial product and service needs to be more than just viable.

“Something can be viable and not valuable,” he said.

“You could do something you can sell for more than the cost of making it, but you will not change the world. You should operate at a higher standard. It should validate your vision.”

One of Kawasaki’s pet hates is when an entrepreneur says they have a great idea but doesn’t put their plan into action.

“All the focus groups, all the market research is just a waste of time if you truly want to change the world,” he said.

“A focus group at Apple when Steve was there was the fact that Steve’s right and left hemisphere of his brain was connected. That was the focus group.”

4. Accept that you are going to do something cringe worthy

“You are going to look back and think oh my god,” Kawasaki said.

“I am embarrassed by Macintosh 128K. With the first Macintosh… we were sitting around thinking what are people going to do with all that storage? Five megabytes, my god, we’ve eclipsed the world! I cringe when I look back on that. And yet, it was the start of something magnificent.”

“If you can cringe, at least it means you’re still around to cringe,” he added.

Kawasaki said in order for a business to succeed, everyone in the team needs to be on the same page – particularly in the early days.

This means finding co-founders with complementary skills and hiring employees who are more talented than you are.

“Everybody in the company cannot be good at the same thing,” Kawasaki said.

“Fundamentally in a start-up, there’s only really two functions: somebody has to make it and somebody has to sell it. Everything else is bullshit. That means one of you isn’t looking at the company as a quick-flip part-time lifestyle company and the other person is trying to build something magnificent that goes on forever and creates billions of dollars.”

6. Ask women about your business model

“I strongly suggest that you do not ask men about your business model,” Kawasaki said.

“The reason is men have a fundamental genetic flaw. Men love to kill stuff. We love to kill plants, we love to kill animals, we like to kill other people. So any time you ask a man about a product or service or business model, a man will say, ‘Great idea! Let’s kill Google.’”

“Women do not have this fundamental flaw.”

It’s important to not only set achievable goals but ones that actually mean something, according to Kawasaki.

“Milestones are the most important thing you can prioritise,” he said.

“You have to tell your story. The problem is everybody says ‘patent-pending, paradigm-shifting, Nobel Peace Prize winning product or service’.”

“Whatever story you tell, ask yourself – are your competitors saying something different or opposite? Because if you’re all saying the same thing, then you are the same thing.”

Kawasaki said the worst thing a business can do is hire someone who is qualified but who isn’t passionate about the business.

To get around this trap, he advises entrepreneurs to take a risk and instead hire someone who is “infectious”.

“Hire people who love what you do,” Kawasaki says.

“It requires you ignore the irrelevant. One irrelevancy is the person has a lack of a work experience or educational background that makes him or her perfect for your company.

“If you see that person loves what you do but never attended MIT… I suggest you ignore their imperfect background and still hire them. When I was working at Apple, I completely lacked the background for my software evangelist job.”

It is easier to network and get people to like you than ever before, according to Kawasaki.

The trick is knowing how to network effectively and get the “influencers” to risk their reputation by recommending your product or service.

“Social media is fast, free and ubiquitous. Now is the best time ever to do self-marketing. When I was Apple’s chief evangelist, the tools I had were an analogue phone, an aeroplane ticket and a fax machine. I didn’t have Instagram, I didn’t have Pinterest, I didn’t have Twitter or Facebook.”

11. Focus on sales rather than partnerships

“If you have sales your pain-in-the-ass investors aren’t going to bother you. Your employees will be happy. It will be easier to recruit and people are going to want to partner with you. As long as you have cash flowing, you’re in the game. The leading cause of death in start-ups is running out of money.”

The former Apple evangelist also warned entrepreneurs to avoid partnerships like the plague.

“You should hardly ever use the P word,” he said.

“For cynical people who have been around for a while, when you say the word partnership what you’re saying is we lack sales. And if you say strategic partnership, then you’re really saying we really lack sales and we’re almost running out of money.”

In Silicon Valley, entrepreneurs don’t set up a target, according to Kawasaki.

Instead, they throw a whole heap of stuff against a wall and see what sticks. Then they draw the target around that and say, “I hit the bullseye!”

“Just see where your product ends up,” he said.

“It may end up being used by people in ways you did not intend. And many companies freak out when this happens. A piece of advice if this ever happens to you – take the money. You may have your idea for exactly what you should do, you put it out there, and reality smacks you on the side of your head.

13. Don’t let the clowns grind you down

Kawasaki said Thomas Watson, the former chair of IBM, once said there was a market for just five personal computers in the world.

With this in mind, entrepreneurs should rely on their gut instinct when it comes to either accepting or ignoring advice.

“Imagine if Steve [Jobs] or [Steve] Wozniak met [American entrepreneur] Ken Olsen at a computer show in 1977 and they went up to him and said, ‘Mr Olsen, we have a different vision for computing. We think computers can be small, cheap and easy to use’. And Mr Olsen, the ideal advisor, mentor and investor for Apple would have said there is no reason why people would want a computer in their house and Apple wouldn’t have happened. This is dangerous.”